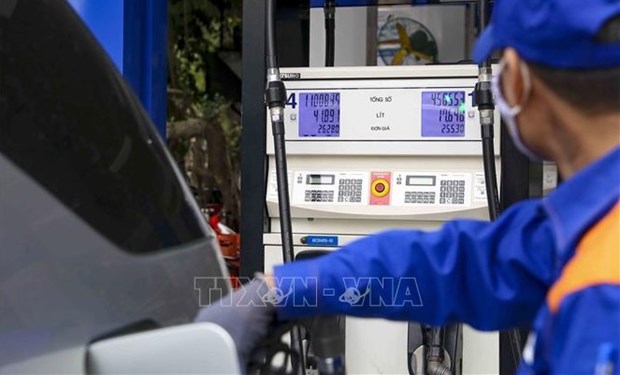 Hanoi (VNA) – It will be a challenge to keep Consumer Price Index ( CPI ) growth under 4 percent this year, according to an economist.

Vietnam’s CPI picked up 2.1 percent in the first four months of 2022 , much higher than the same period last year's 0.89 percent but still lower than that of 2017 (4.8 percent) and 2020 (4.9 percent), commented Dr. Tran Toan Thang, head of the Department of Industrial and Business Forecast at the National Centre of Economic Forecast and Information.

April CPI advanced 2.09 percent compared to December 2021 and 2.64 percent year-on-year as a result of an increase in prices of nine out of eleven commodities and services. Prices of transport services surged 16.59 percent last month, causing the overall CPI to gain 1.6 percentage points.

As major economies like the EU, US, and UK are seeing inflation climbing to record highs in decades, it still looks okay for Vietnam, he said.

However, he warned that with economic volatility still on sight until the end of 2022, it would be very challenging to maintain the CPI below 4 percent this year.

Retail prices of fuel rose constantly in April despite a 50-percent cut on the environmental protection tax on petrol approved at the beginning of the month, Thang noted.

With the Russia-Ukraine conflict showing no signs of de-escalation and Western nations highly likely to continue imposing sanctions on Russia, rising fuel prices will hamper the efforts to control inflation.

He also noted the impact of China's "zero-COVID-19" policy which triggers a shortage of materials, causing prices of commodities to spur further.

The most optimal solution is to slash import taxes and cut toll road fees by extending the payback period for BOT projects, he said, adding that reduction in prices of transport services will result in a decrease in costs, slowing the CPI growth./.

Keeping CPI below 4 pct this year a challenge: Economist have 418 words, post on en.vietnamplus.vn at May 16, 2022. This is cached page on VietNam Breaking News. If you want remove this page, please contact us.