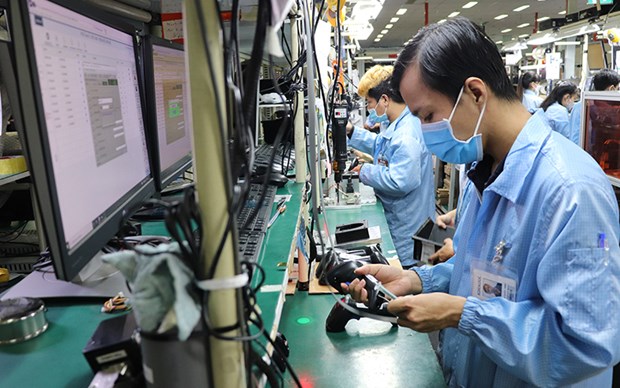 HCM City (VNA) – Ho Chi Minh City, Vietnam's largest economic hub, has been paying attention to developing the hi-tech industry so as to bring into full play opportunities brought about by the Fourth Industrial Revolution .

This is considered an important foundation to help the city raise the quality of its economic growth and competitiveness, and attract more projects with high scientific-technological contents.

Over the past time, many domestic and foreign-invested companies in Ho Chi Minh City have established advanced production models and applied high-tech techniques, thus forming modern production lines, easing dependence on imported components, and meeting the demand for high-tech products in the country and for export.

The Saigon Hi-tech Park (SHTP) currently has 165 valid investment projects totaling 8.6 billion USD, in which many major groups such as Samsung and Intel have enjoyed effective business and investment and plan to expand their production scale.

To date, its hi-tech production value hits nearly 108 billion USD, and its labour productivity is 6.6 times that of the city's average and nearly 17  times that the country's average.

In early March, the city issued a programme on scientific research and technological development for 2021-2025, in which investment in science and technology from the city budget will be equal to over 2 percent of its total budget expenditure, a rise from the current figure of less than 1 percent.

Head of the SHTP management board Nguyen Anh Thi said that in its investment attraction strategy, the park will prioritise projects with new and advanced technologies.

Hi-tech industry – experience learnt from HCM City have 398 words, post on en.vietnamplus.vn at March 22, 2022. This is cached page on VietNam Breaking News. If you want remove this page, please contact us.