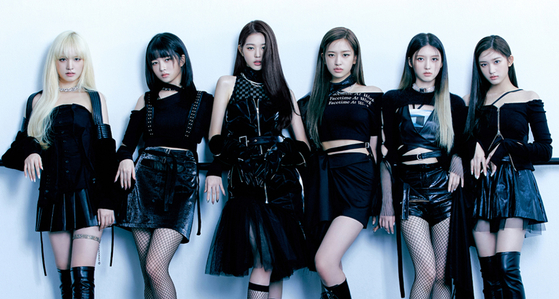 Girl group IVE is set to drop its second single on April 5, according to its agency Starship Entertainment on Monday.

The agency made the announcement through a post on its official social media page. The image on the post displays a blue envelope with the words “Love Dive” written on it, which conveys the upcoming single album’s title. The letter inside the envelope says “Dear Cupid.”

The group’s return to the K-pop scene comes four months after its last single “Eleven,” which also marked its debut.

“Eleven” saw huge success, recording the highest number of copies sold by a debuting artist in Korea in 2021.

It sold 152,229 copies in the first week after its release according to Korea's album sales tracker Hanteo Chart.

IVE’s members are Yujin, Gaeul, Rei, Wonyoung, Liz and Leeseo. The girl group’s name, IVE, refers to the abbreviated form of the English words “I have.” 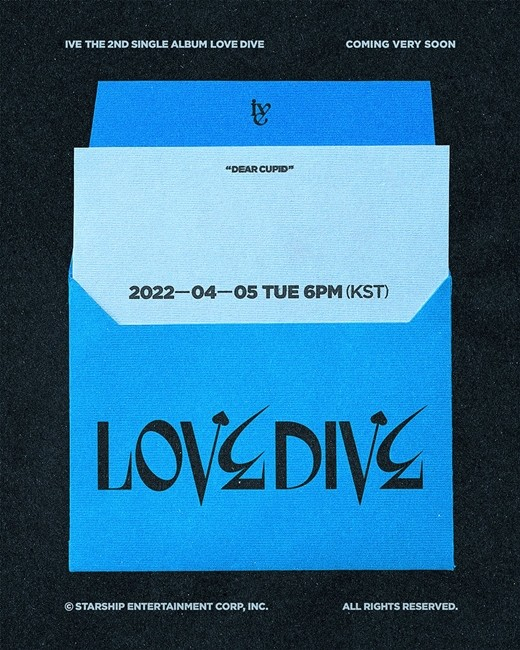 Girl group IVE to unveil its second single on April 5 have 292 words, post on koreajoongangdaily.joins.com at March 15, 2022. This is cached page on VietNam Breaking News. If you want remove this page, please contact us.