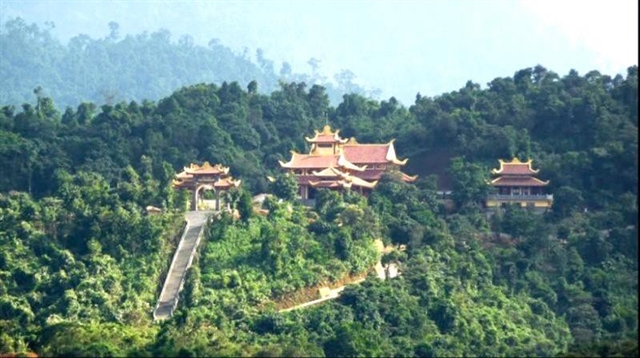 This commitment was signed by the People's Committees of all three provinces. They are to work together to finalise the initial nomination dossier and submit it to the Ministry of Culture, Sports and Tourism (MoCST) by July 30, 2022.

A large number of relics and landscapes in the complex, such as historical, architectural, artistic and archaeological relics, as well as scenic landscapes, have been recognised to be of provincial or national importance. 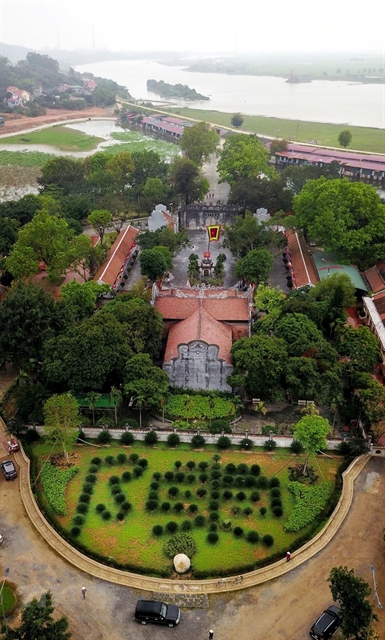 These sites boast a combination of natural landscapes and architectural structures. The complex holds great historical significance as it is the birthplace of Trúc Lâm – the Vietnamese Zen Buddhism founded by King-Monk Trần Nhân Tông (1258 – 1308). It was also associated with the formation and development of the Trần Dynasty (1225 – 1400).

Through the ups and downs of time and the adverse impact of war and disruption, many structures in the nominated property have been destroyed and degraded. However, many other relics have been paid special attention to by the State of Việt Nam in form of renovation, embellishment, research and excavation.

Many other relics are still intact on the ground or are protected underground. Recent archaeological explorations in these three provinces have partly exposed them to authenticate their veracity.

A significant part of the site is covered by unspoilt primaeval forests, containing a high biodiversity value and which play an important role in regulating climate and supplying fresh water for the downstream area of Northeast of Việt Nam.

The Government, provincial authorities and local people are taking great care to preserve and promote these relics and landscapes, a report published on the UNESCO website has said.

In the first relic recognition of Việt Nam in 1962, the Trần Dynasty historical relic area was recognised as a national monument. In 1964, Vĩnh Nghiêm Pagoda in Bắc Giang Province, and in 1975, the Yên Tử historic and scenic area in Uông Bí City, Quảng Ninh Province were also recognised as national monuments.

In addition, within the Yên Tử historic and scenic area many relics are recognised as national, special national and provincial monuments, and are inventoried, studied, excavated and protected under the provisions of the Cultural Heritage Law, the report said.

The master plan for preserving and promoting the value of the Yên Tử and Trần Dynasty historical relic area was approved by the then Prime Minister in 2013.

The identification, recognition and approval of the master plan is the basis for the management, protection and promotion of these monuments for future generations, as laid out in the 1972 UNESCO Convention on the protection of World Natural and Cultural Heritage Sites, according to the report.

The MoCST is actively guiding and coordinating with the People’s Committees of the three provinces to protect the integrity of the complex by improving supporting legal framework. This includes relevant national laws and Governmental decrees such as Law on Cultural Heritage, Law on Forest Protection and Development, Law on Environmental Protection, Tourism Law and Biodiversity Law.

HIGHER GROUND: At the peak of the sacred Yên Tử Mountain. — Photo thethaovanhoa.vn

Based on these laws and decrees, all activities taking place in the heritage area and affecting the heritage value will need approval from the culture ministry and other ministries.

In late January 2021, Deputy Prime Minister Vũ Đức Đam assigned the People's Committee of Quảng Ninh to coordinate with their counterparts in Bắc Giang, Hải Dương and related agencies to compile a dossier seeking the UNESCO-recognised world heritage status for the Complex of Yên Tử Monuments and Landscape. So far, many meetings and scientific workshops have been organised to clarify the values of the global significance of this complex.

Nguyễn Thị Hạnh, Vice Chairwoman of the Quảng Ninh People's Committee, said it is not easy to compile the dossier, and the three provinces are facing great pressure when performing this task.

This awareness will help protect the integrity and promote the outstanding global values of the complex. — VNS

Yên Tử application for UNESCO recognition to be completed this year have 1099 words, post on vietnamnews.vn at January 25, 2022. This is cached page on VietNam Breaking News. If you want remove this page, please contact us.