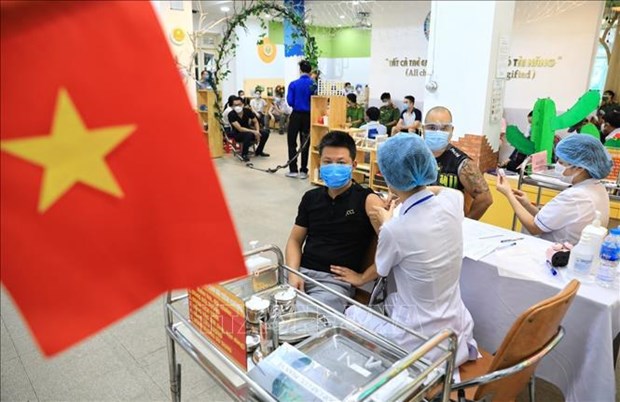 Hanoi (VNA) – Ambassador of Israel to Vietnam Nadav Eshcar spoke highly of Vietnam's successful response to COVID-19 during a recent interview with the Vietnam News Agency, saying he is impressed to see the significant growth in the trade volume between the two countries over the last two years despite the COVID-19 challenges.

"Vietnam was very professional in managing to stop the pandemic from going into the country," he said. Basically in the first year when almost all the world, including Israel, was struggling, the situation was quite normal in Vietnam and a lot of lives have been saved, he said.

"That was already a huge success for the Vietnamese Government.”

He said the Vietnamese Government had to struggle very hard to find solutions for the health element the first and foremost, Eshcar noted, particularly mentioning the country's largest-ever COVID-19 vaccine rollout as the key.

Vietnam is among the most vaccinated countries in the world, he continued. "You can see huge difference at the beginning of the crisis, especially in the South about half a year ago when people were not yet vaccinated, and now."

Though the number of people being infected remains high, the mortality rate went down significantly, he stated. "I think the Vietnamese Government is doing very well on the health level.”

He also complimented Vietnam's economic resilience despite the collapse of many businesses and supply chain disruptions globally, saying it was a surprise for him to witness the Vietnam – Israel trade expanded 36 percent in 2020 and some 15 – 20 percent in 2021. 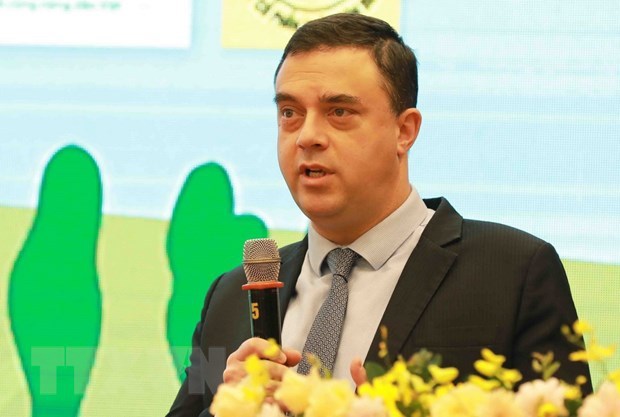 Vietnam and Israel are scheduled to complete the signing of a free trade agreement this year, expected to providing strong momentum for the two economies to advance further.

He forecast that once the trade deal takes effect, the Vietnam – Israel trade will be lifted from current 2 billion USD to 3 – 4 billion USD annually. This year, the two nations plan to finalise talks over the FTA which started in December 2015.

He went on to say that basically, the economies of Israel and Vietnam are not competing with but complementing each other. While Vietnam is a hub of agro production, Israel is a large manufacturer of technology in various fields, ranging from cybersecurity, education, telecommunications and others.

Speaking of the two countries' talks on a labour agreement to send Vietnamese to work in agriculture in Israel which were launched last year, the diplomat said "the agreement has to be done very carefully to make sure the rights of the workers are fully kept in the best manner."

He further noted that around 700 Vietnamese students came to study in Israel every year under an apprenticeship programme in modern farming, adding that the project has run for 12 – 13 years now and he has seen many success stories of these students who returned Vietnam with knowledge, experience, and spirit they learned in Israel.

Vietnam and Israel established diplomatic relations in 1993. The bilateral ties have been thriving in multiple fields, particularly science-technology and trade. Vietnam is Israel's largest trade partner in Southeast Asia with the two-way trade reaching about 1.8 billion USD in 2020./.

Vietnam professional in managing COVID-19 response: Israeli ambassador have 646 words, post on en.vietnamplus.vn at January 18, 2022. This is cached page on VietNam Breaking News. If you want remove this page, please contact us.