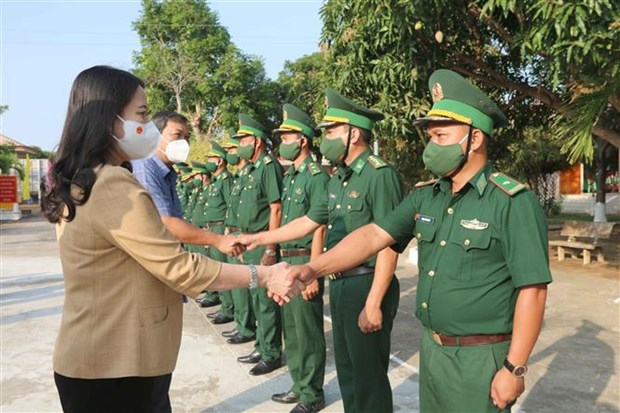 On the day, she met officers and soldiers at the My Long border guard station in Cau Ngang district, during which Xuan asked the forces to continue defending the national sovereignty over seas and islands and helping the locality capitalise on maritime resources.

She also visited medical personnel at the No. 1 COVID-19 treatment hospital as well as beneficiaries of social welfare policies and disadvantaged families in Chau Thanh district.

On the occasion, the Vice President handed over 650 gifts to poor households, those affected by COVID-19, and needy students; as well as 14 charity houses to beneficiaries of social welfare policies. 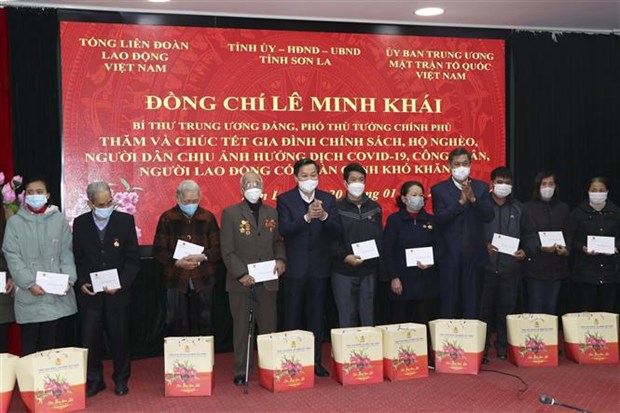 On the same day, Secretary of the Party Central Committee and Deputy Prime Minister Le Minh Khai visited and presented gifts to disadvantaged families and workers and COVID-19-affected people in the northwestern mountainous province of Son La.

He also had a working session with local authorities, during which he requested the province continue coming up with more measures for a flexible adaptation to the pandemic, sustaining production, protecting residents' wellbeing, and tackling employment issue, among others.

It is necessary to implement vaccination campaigns as scheduled and ensure goods supply for people around the upcoming Lunar New Year holiday, the official said./.

Tet gifts to special groups in Tra Vinh, Son La have 437 words, post on en.vietnamplus.vn at January 20, 2022. This is cached page on VietNam Breaking News. If you want remove this page, please contact us.