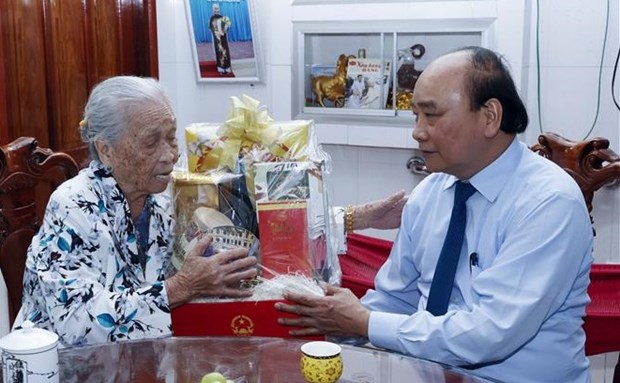 Offering the best wishes on the occasion of the most important festival in Vietnam to the administration and people of An Giang, the leader applauded the province's efforts in COVID-19 prevention and control, achievements in socio-economic development, and implementation of social security policies.

As the pandemic is driving many into difficulties, the Party, State, and Vietnam Fatherland Front have made prompt decisions on visits to and Tet gifts for revolution contributors, low-income earners, disadvantaged workers, and those of vulnerable groups so that no one is left behind, according to the President.

He expressed his hope that the local Party organisation, administration, and people will stay united to surmount difficulties and fulfill anti-pandemic and socio-economic development tasks, thus developing the province and contributing to national development.

On this occasion, he also visited some families of revolution contributors in Long Xuyen city. 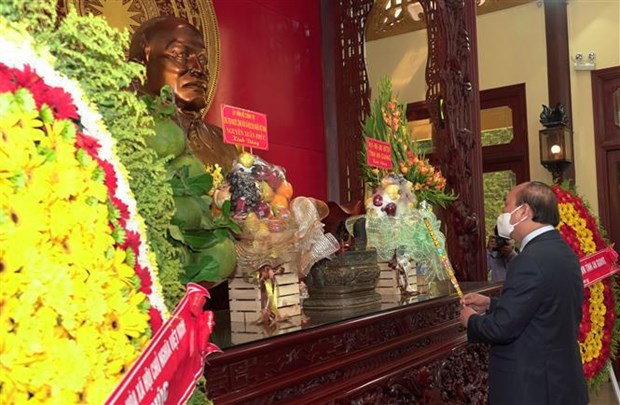 Ton Duc Thang (1888 – 1980) belonged to the first generation of activists in the revolutionary movement of the working class in Vietnam. He devoted his entire life to the people's national democratic revolution and the socialist revolution.

He was the second President of Vietnam and a symbol of the southern people in the national construction and defence. Thang was also the first to be honoured with the Gold Star Order – the country's noblest decoration, in 1958./.

State leader presents Tet gifts to disadvantaged families in An Giang have 428 words, post on en.vietnamplus.vn at January 18, 2022. This is cached page on VietNam Breaking News. If you want remove this page, please contact us.