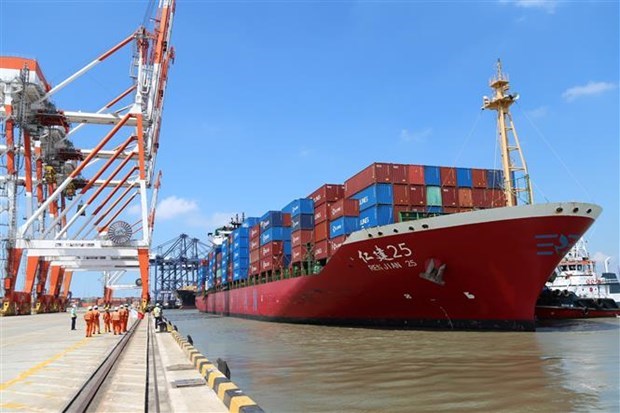 HÀ NỘI — Due to the adverse impacts of COVID-19 , the total number of ships passing through seaports in Bà Rịa – Vũng Tàu Province decreased in 2021. However, the number using Cái Mép – Thị Vải increased in both the number of vessels and the volume of goods compared to those in 2020, according to the Vũng Tàu Maritime Administration.

The total number of ships passing through seaports in the province was around 90,100, down 5 per cent year-on-year, but Cái Mép – Thị Vải port accounted for about 11,300 of these, up 2 per cent.

Ships and goods through Cái Mép – Thị Vải port up 2 per cent in 2021 have 309 words, post on vietnamnews.vn at January 15, 2022. This is cached page on VietNam Breaking News. If you want remove this page, please contact us.