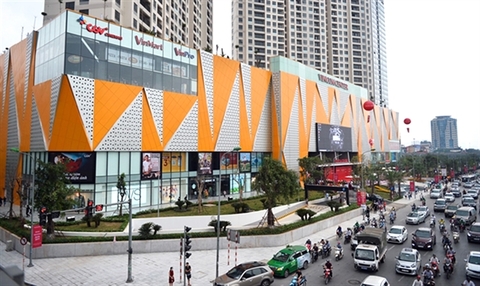 Vietnamese shares on Tuesday reclaimed ground lost in the previous day’s sharp sell-off as large-caps were picked up by bargain-hunters.

On HoSE, investors poured over VND22.2 trillion (US$980 million) into the market, equivalent to a trading volume of nearly 751 million shares.

Of the VN30 basket, 28 stocks rose to cushion the market, while one declined and another closed flat.

The rally continued on the Vietnamese stock market as purchase power increased in the afternoon session to offset market-wide selling pressure in the previous session.

The uptrend of the indices continued to be consolidated as the buying demand was seen in a series of large stocks. In the VN-30 basket, the best performers were Masan Group (MSN), Lien Viet Post Bank (LPB), Vincom Retail (VRE) and Becamex (BCM), all hitting the ceiling prices. Besides, Hoa Phat Group (HPG) increased by 6.3 per cent, Vinhomes (VHM) rose by 6.3 per cent, Phat Dat Real Estate (PDR) gained by 5.4 per cent, Tien Phong Bank (TPB) climbed by 5.3 per cent and Bank for Investment and Development of Vietnam (BID) increased by 4.5 per cent.

A series of stocks in industry groups such as banking, securities, steel, oil and gas increased strongly, helping the VN-Index to end the session at the highest level in the entire trading time.

Shares reclaim losses on bargain-hunting have 560 words, post on bizhub.vn at January 25, 2022. This is cached page on VietNam Breaking News. If you want remove this page, please contact us.