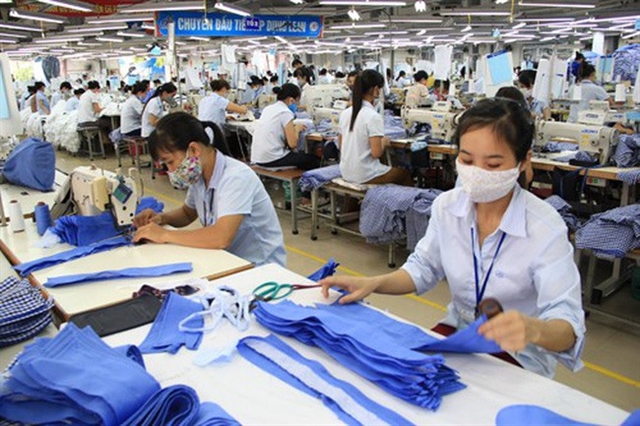 HÀ NỘI — Shares finished higher during the final trading session prior to the Tết holiday on Friday, propped up by the growth of banking and textile stocks.

The market’s breadth was positive with 307 gainers and 129 decliners.

On HoSE, investors poured over VNĐ20.7 trillion (US$913.9 million) into the market, equivalent to a trading volume of nearly 703 million shares.

Of the VN30 basket, 21 stocks rose to cushion the market, while seven declined.

In the VN-30 basket, the most notable gainers were Tiên Phong Bank (TPB) and FPT Corporation (FPT) as they both surpassed 4 per cent. They were followed by Phát Đạt Real Estate (PDR), SSI Securities Inc (SSI), VPBank (VPB) and Phú Nhuận Jewelry (PNJ), all rising above 3 per cent. PVPower (POW), Vincom Retail (VRE) and Military Bank (MBB) all advanced more than 2 per cent

Meanwhile, PetroVietnam Gas JSC (GAS) was the strongest loser of the group as the company dropped 2 per cent.

Stocks in industry groups of banking and textile grew strongly, helping the VN-Index to end the session higher.

More than 67.6 million shares were traded on the southern exchange, worth VNĐ1.8 trillion. — VNS

Shares finish higher in final session prior to Tết holiday have 513 words, post on vietnamnews.vn at January 28, 2022. This is cached page on VietNam Breaking News. If you want remove this page, please contact us.