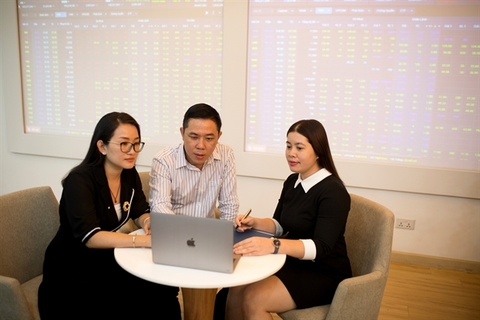 Securities companies report record profits on the back of impressive growth by the stock market. — Photo courtesy of VCSC

Securities companies reported huge revenues and profits last year on the back of impressive growth by the stock market.

Viet Dragon Securities Corporation said its revenues were 123 per cent up at nearly VND1.04 trillion and pre-tax profit wasVND 534.9 billion, 185 per cent up.

Despite being affected by the COVID-19 pandemic, the stock market saw a record year. The VN-Index repeatedly rose to new highs, market capitalisation rose sharply, liquidity continued to rise after starting in 2020, and the number of investors exploded.— VNS

Securities companies report record profits have 301 words, post on bizhub.vn at January 24, 2022. This is cached page on VietNam Breaking News. If you want remove this page, please contact us.