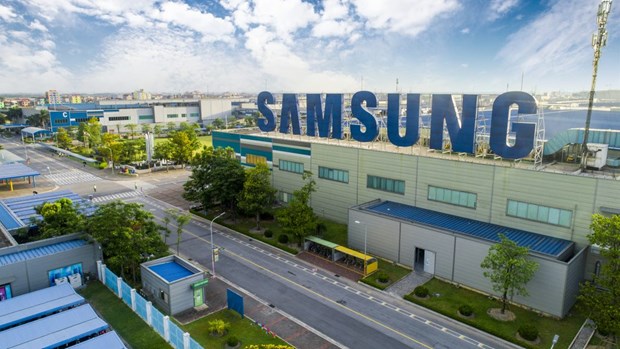 The company's export value, meanwhile, hit 65.5 billion USD, up 16 percent on year, according to its 2021 business report released on January 19.

Samsung Vietnam attributed the outcomes to its plants' serious implementation of pandemic prevention and control measures in line with regulations of the Vietnamese Government, particularly after the fourth wave of outbreaks began late April.

The company said it received comprehensive support from the Government and the authorities in localities where its factories are located, thus avoiding interruption to their operation.

Also in 2021, over 4 million Samsung foldable phones were sold worldwide, 4 times that the volume recorded in 2020. Currently, more than 50 percent of Samsung phone products are produced in Vietnam. Smart mobile phones manufactured at Samsung factories in the nation are being exported to 128 countries and territories around the world.

Director General of Samsung Vietnam Choi Joo-ho said in response to the assistance of the Vietnamese Government, his firm will not change its business strategy for the country.

Samsung Vietnam’s 2021 revenue exceeds 74.2 billion USD have 297 words, post on en.vietnamplus.vn at January 20, 2022. This is cached page on VietNam Breaking News. If you want remove this page, please contact us.