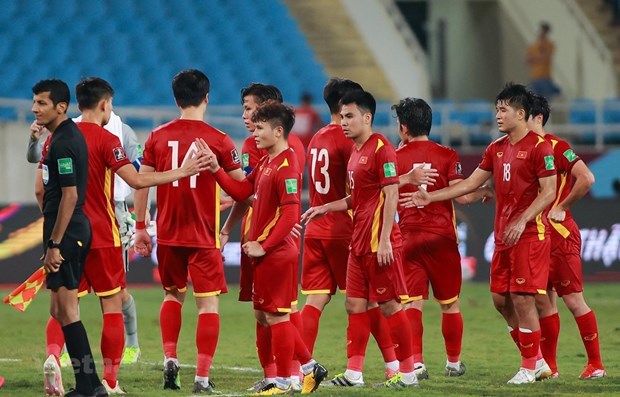 Hanoi (VNA) – Head coach Park Hang-seo on January 20 announced the 24-man squad for Vietnam's upcoming away match against Australia in the final round of the 2022 FIFA World Cup Asian qualifiers , according to the Vietnam Football Federation (VFF).

The squad comprises three goalkeepers, 10 defenders, eight midfielders and three forwards. They are to fly to Melbourne on January 21 and are set to arrive in Australia on January 22 morning (local time).

Eight players of the team will remain in Hanoi to prepare for the later game against China at home, including defender Que Ngoc Hai and strikers Nguyen Tien Linh and Nguyen Van Toan.

The Australia-Vietnam game will kick off at 4.10 pm (Vietnam time) on January 27.

A meeting on the organisation of the Vietnam-China match took place in Hanoi on January 20, the VFF said. 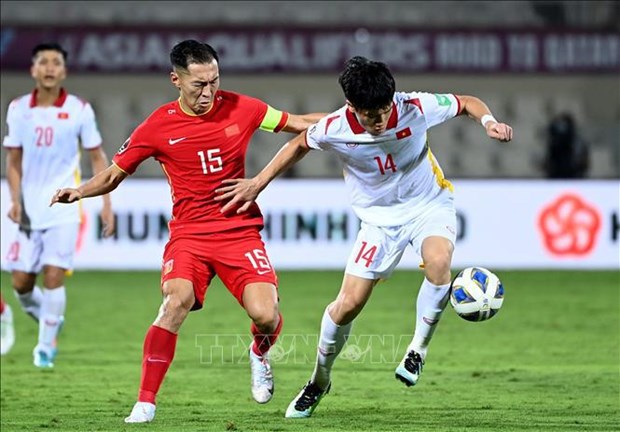 Midfielder Nguyen Hoang Duc of Vietnam (in white) and a Chinese player vie for the ball (Photo: Xinhua/VNA)

The game is slated for February 1 at My Dinh National Stadium in Hanoi.

As the date is also the first day of the lunar year, which is an important traditional festival celebrated in both countries, relevant agencies are sparing no efforts to ensure safety during the event, Director of the municipal Department of Culture and Sports Do Dinh Hong underlined./.

Park Hang-seo names squad for Australia game in World Cup qualifiers have 381 words, post on en.vietnamplus.vn at January 21, 2022. This is cached page on VietNam Breaking News. If you want remove this page, please contact us.