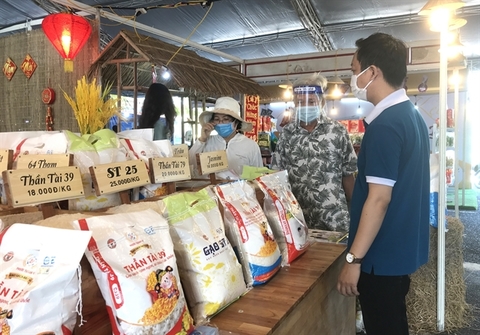 The EU – Viet Nam Free Trade Agreement (EVFTA), which came into force on August 1, 2020, has helped raise prices of the Vietnamese grain by $10 – 20 per tonne, partly making up for the modest increase in volume due to the COVID-19 pandemic.

According to the EU statistical office Eurostat, among the 10 largest rice suppliers for the bloc, rice from Viet Nam saw the strongest price growth, 20.3 per cent, to an average of $781 per tonne.

The Foreign Trade Agency under Viet Nam's Ministry of Industry and Trade attributed those outcomes to businesses' capitalisation of advantages created by the EVFTA. Besides, they are also stepping up the production of high-quality rice such as fragrant, long-grain, and specialty varieties to enter demanding markets.

For example, fragrant rice accounted for 70 per cent of the country's total rice exports to the EU, compared to 64 per cent in the previous year.

With 27 member states, a population of about 516 million, and annual per capita GDP of over $35,000, the EU has great demand for imported goods, especially agricultural products (more than $160 billion each year), from around the world.

To Viet Nam, the EU is its third largest importer of agricultural products, about $5.5 billion per year. However, farm produce from the Southeast Asian nation has made up just 4 per cent of the bloc's imports of these commodities. In particular, Vietnamese rice only has a market share of merely over 1 per cent.

The optimisation of the EVFTA to export rice at zero-per cent tariffs is being promoted by the enterprises with large material production zones such as Loc Troi, Tan Long, and Trung An.

Pham Thai Binh, General Director of the Trung An Hi-Tech Farming JSC, said the EVFTA was bringing about greater opportunities for agricultural products of Viet Nam, including rice. The firm had made use of the agreement to sell thousands of tonnes of rice to such markets as Switzerland, France, and Germany.

Meanwhile, Loc Troi was the first to export 126 tonnes of fragrant rice to the EU under the EVFTA, in September 2020. It is currently accounting for nearly 70 per cent of Viet Nam's rice exports to this bloc. — VNS

EU remains highly potential importer of Vietnamese rice have 610 words, post on bizhub.vn at January 17, 2022. This is cached page on VietNam Breaking News. If you want remove this page, please contact us.