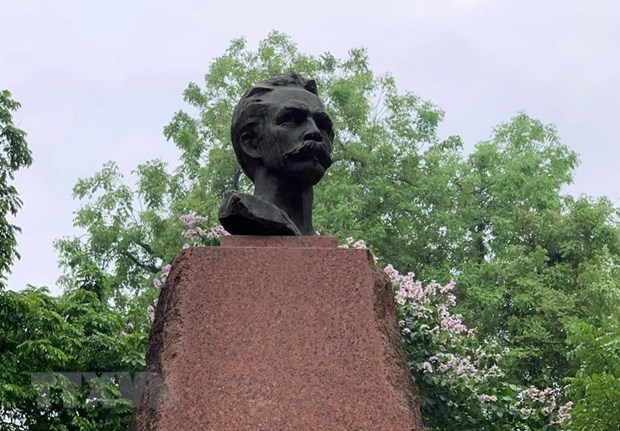 Hanoi (VNA) – A floral tribute was paid to Cuban national hero José Martí at his statue in Hanoi on January 28 on the occasion of his 169th birth anniversary. 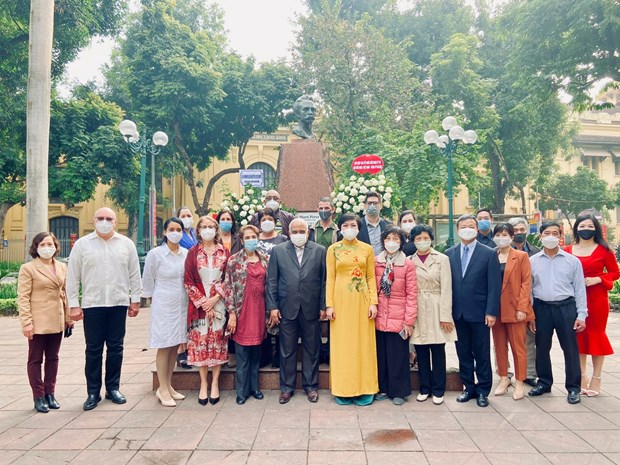 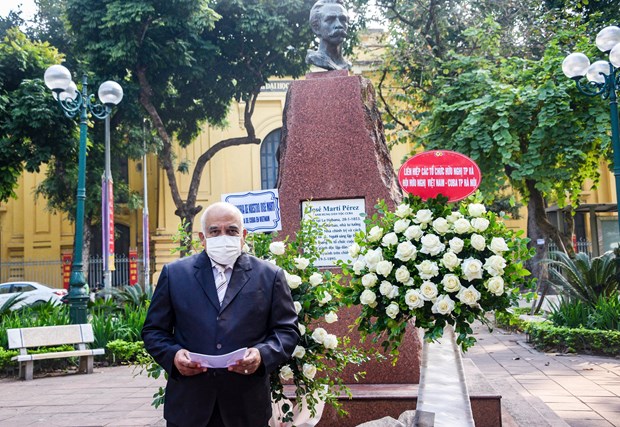 The activity also aims to further strengthen and tighten the solidarity and friendship of the two countries' people, they said. José Martí , born in January 28, 1853 in Havana, was a prominent thinker and cultural figure, and unyielding revolutionary who made significant contributions to Cuba's national independence in the late 19th century. 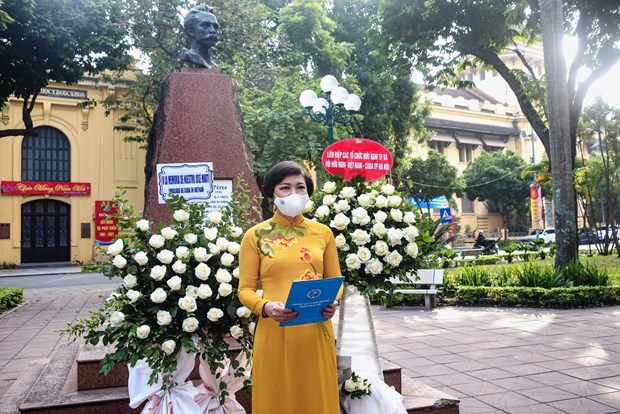 He also laid the foundation for the solidarity and friendship between Vietnam and Cuba./.

Cuban hero José Martí’s 169th birthday marked in Hanoi have 198 words, post on en.vietnamplus.vn at January 28, 2022. This is cached page on VietNam Breaking News. If you want remove this page, please contact us.