More and more people are earning huge incomes from YouTube and Google. Some of them earn hundreds of billions of dong a year from online business.

A 28-year old woman and a 30-year old man in Cau Giay district in Hanoi have reported revenue of VND330 billion and VND269 billion from software they developed and posted on Google Play, App Store and other apps. 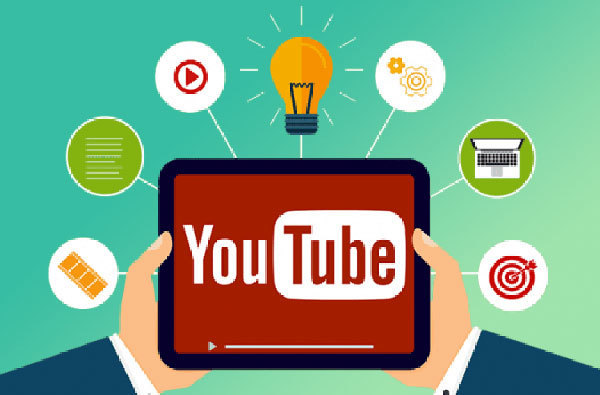 The Hanoi Taxation Agency said they were the biggest taxpayers in 2020 in the city, paying VND23.4 billion and VND18.1 billion, respectively.

In Da Nang City, the Hai Chau district taxation agency confirmed it has collected tax arrears of VND25.3 billion from a man, who had revenue of VND281 billion from advert services paid by Google in 2015-June 2018.

In October 2020, the HCM City Taxation Agency reported that Tran Duc P had income of VND41 billion and had to pay tax arrears for 2016 and 2017.

He specialized in creating online games, available on Google apps and received money from Google.

According to Social Blade, which ranks 100 top YouTube channels by the number of followers, Do Mixi's channel has the highest number of subscribers. His channel has 4.45 million subscribers and more than 1.2 billion views.

Nguyen Thi Tan, 63, or Tan Vlog, is one of the most famous YouTubers in Vietnam. Her channel once was listed among top three channels which received a gold button (1 million followers or more) the most quickly in the world.

The man is well known in Vietnam for videos with trivial challenges or videos to troll his mother (Tan Vlog).

At a meeting with the press, Hung VLog denied the huge income levels, explaining that the pay for viewers in Vietnam is just equal to 1/10 in the US.

Nam, born in 1994, is well known for trivial challenges. Though his videos raise controversy as many people think NTN Vlogs have bad content, it became the first YouTube channel in Vietnam with three golden Play buttons.

In addition to NTN Vlogs with 9 million followers, Nam also has two other channels, including Monster NTN (1.85 million) and Funny Game (1.52 million).

Cris Devil Gamer – the channel with highest number of followers

This is the channel of Cris Phan, 26. The young man has left an impression on viewers thanks to his sense of humor and emotional face.

His channel has 9.38 million followers and 1.1 million viewers for each video.

Tho Nguyen earns tens of billions of dong a year

Her real name is Nguyen Hong Tho, born in 1992 in Binh Duong province. She is famous among netizens with entertainment videos for children that have funny and simple content.

Tho Nguyen’s YouTube channel is one of five channels with the highest numbers of subscribers, with 8.62 million followers by Jan 26, 2021.

His real name in Nguyen Thanh Tung, 26, has scored a lot of impressive records on YouTube. He is the only artist who has a YouTube channel listed among top channels.

Son Tung M-TP has 1.8 billion views for clips on his personal YouTube channel and 8.4 million subscribers.

The channel is also among those with the highest incomes in Vietnam. The singer from Thai Binh is believed to have revenue of $65,700-1 million a year from the channel, or VND1.5-23 billion.

Who are the richest YouTubers in Vietnam? have 963 words, post on vietnamnet.vn at February 12, 2021. This is cached page on VietNam Breaking News. If you want remove this page, please contact us.