An article by H.E. Mr. Nikorndej Balankura, ambassador of Thailand on the birthday anniversary of His Majesty King Bhumibol Adulyadej The Great, Thai National Day and Thailand Father’s Day (December 5)

Every year December 5 marks the most significant day for Thai people around the world as we commemorate the National Day of the Kingdom of Thailand, the birthday anniversary of His Majesty King Bhumibol Adulyadej the Great and Thailand’s Father’s Day.

In addition, since 2013 the day has been observed as the World Soil Day by the United Nations to honour the efforts and dedication of His Majesty King Bhumibol Adulyadej the Great in the field of soil resources based on the adoption of the "Sufficiency Economy Philosophy (SEP)".

The home-grown approach, comprising the three core principles of moderation, reasonableness and self-protection, has been translated in to over 4,000 royal initiatives and projects that have been guiding Thai people in achieving sustainability by drawing strength from within.

Despite his passing, the late King's legacy for SEP lives on and has paved the way for sustainable development, not only in Thailand, but also in many parts of the world.

In Việt Nam, the first SEP-driven sustainable community development project was introduced in Thái Nguyên Province in 2019 to promote the development in agri-processing and community-based tourism. Its success can be witnessed through enhanced knowledge of people in local communities, which has equipped them with greater resiliency. To build on the momentum of this cooperation, this year Thailand and Việt Nam agreed to further expand the SEP community development project to Bến Tre Province in Mekong River Delta. 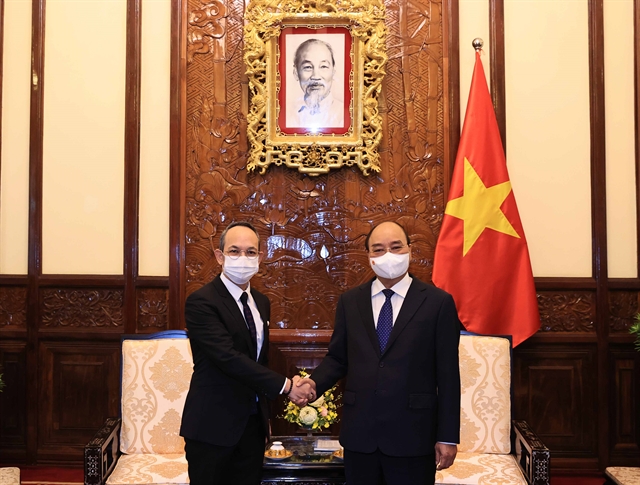 Sustainability is also the cornerstone for celebrating the 45th anniversary of the establishment of diplomatic relations between Thailand and Việt Nam in 2021. As two neighbouring countries with long standing friendship of over 100 years, our peoples have always been very well-connected and continue to be the backbone of our relations.

Since the formal establishment of bilateral relations, the special relationship between the two countries has matured and enjoyed the status of "a Strengthened Strategic Partnership" since 2019.

This year, Thailand and Việt Nam are celebrating the 45th anniversary of our diplomatic relations amid a the new set of challenges accompanying the COVID-19 pandemic. Nevertheless, the partnership between the two countries has broadened and deepened in all dimensions.

Recently, Don Pramudwinai, deputy prime minister and minister of foreign affairs of Thailand, and Bùi Thanh Sơn, minister of foreign affairs of Việt Nam, co-chaired the 4th Joint Commission on Bilateral Cooperation on November 19 2021, which has paved the way for exchanges of high-level visits in 2022, including the 4th Joint Cabinet Retreat to be co-chaired by the two prime ministers.

Furthermore, the Thai Private Sector in Việt Nam will establish the Thai Chamber of Commerce and Industry (ThaiCham) to promote Thai trade and investments in Việt Nam, as well as create a more conducive environment for the two countries to prosper together sustainably. Meanwhile, the friendship between our youths has broadened thanks to modern and alternative communication channels and digital platforms, laying the firm foundation for a new era of cooperation.

Thailand and Việt Nam's golden jubilee anniversary is just around the corner. Both countries will continue to be key contributors to sustainable growth and prosperity in South East Asia and beyond, particularly when we re-emerge more resilient and stronger from the COVID-19 pandemic.

With a view to achieving our goals, the two countries will advance the Strengthened Strategic Partnership through greater supply chain connectivity to achieve a trade target of US$ 25 billion by 2025, while facilitating travel resumption at the earliest opportunity.

Furthermore, Thailand and Việt Nam will explore potential collaboration on new frontiers such as digital economy, e-commerce and Bio- Circular-Green Economy at bilateral, regional and global levels for more inclusive and innovative growth. These issues will also be prioritised during Thailand's Chairmanship of APEC throughout the upcoming year.

In the midst of a challenging and increasingly complex geopolitical landscape, we are even more confident that our deepened cooperation and widened collaboration through the Strengthened Strategic Partnership will help shape a sustainable future for both our peoples. VNS

Thailand and Việt Nam: Advancing a Strengthened Strategic Partnership for a sustainable future have 846 words, post on vietnamnews.vn at December 3, 2021. This is cached page on VietNam Breaking News. If you want remove this page, please contact us.