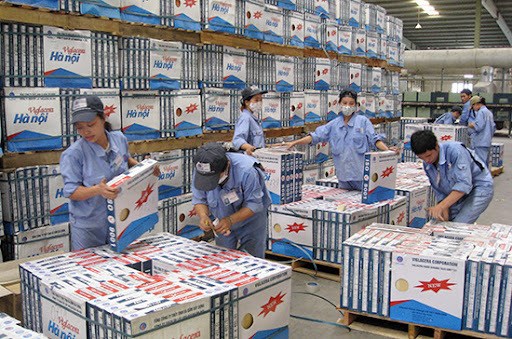 HCM City (VNA) – A programme to implement the National Strategy on Gender Equality in the 2021–2030 period and the Vietnam Population Strategy by 2030 was launched by the Ho Chi Minh City Federation of Labour on December 6.

According to Vice President of the Ho Chi Minh City Federation of Labour Le Thi Kim Thuy, this activity aims to create positive changes and raise the sense of responsibility of trade unions at all levels for issues relating to gender, population and development ; and enhance their involvement in supervising, giving social criticism, and implementing policies and laws on population and gender equality, thus better taking care of and ensuring legitimate rights and interests of female workers.

The programme will  focus on narrowing gender gap, creating conditions and opportunities for employees to participate and enjoy equal benefits in all social areas, legal policies on population and gender equality; and firmly maintaining the replacement fertility rate, gender balance and population quality, contributing to the country’s sustainable development, Thuy stressed.

Trade unions at all levels will strive to organize communication activities to change awareness, action and responsibility for promoting gender equality, population and development, and men’s responsibilities to share housework, and preventing and adapting to gender-based violence.

Workers of reproductive age will be provided with information and medical examination services before marriage, while pregnant female employees will have equal opportunities to access premarital health consultancy and check-up, screening, early diagnosis and treatment of diseases before giving birth.

In order to effectively implement this strategy, Thuy asked local trade unions at all levels to pay heed to improving the capacity of trade union leaders and officials at all levels, and strengthening coordination with employers in fully implementing policies and laws on population and gender equality.

Models and activities to promote gender equality should be diversified, she added./.

HCM City working hard to promote gender equality have 517 words, post on en.vietnamplus.vn at December 7, 2021. This is cached page on VietNam Breaking News. If you want remove this page, please contact us.