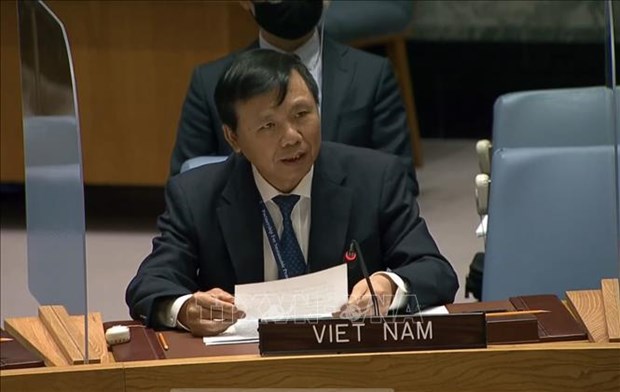 New York (VNA) – Vietnam backs the reform of the United Nations Security Council (UNSC) to ensure its representation, democracy, transparency and effectiveness, Ambassador Dang Dinh Quy, Permanent Representative of Vietnam to the UN, said at a working session of the General Assembly on November 24.

He called for the expansion of Security Council membership in both permanent and non-permanent categories in order to improve equitable geographical representation for the underrepresented and developing countries.

At the working session, which brought together representatives from more than 170 UN member states, most of the delegates agreed on the need to reform the UNSC and realise commitments made by leaders at the high-level meeting to commemorate the 75th anniversary of the UN last year.

Speaking at another working session of the UNSC on the situation in Libya, Quy called on relevant parties in Libya to expedite all necessary arrangements for the holding of presidential and parliamentary elections on time and successfully. 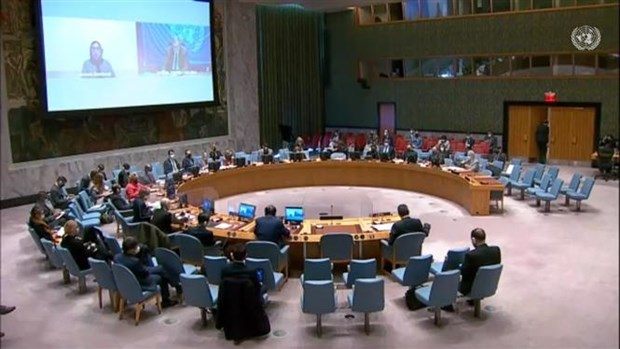 At the UNSC session. (Photo: VNA)

Calling on all relevant parties to fully uphold the provisions of the October 2020 ceasefire and implement the Action Plan on the withdrawal of mercenaries and foreign fighters, he also underscored that the arms embargo must be upheld.

He went on to call for strengthened efforts to tackle Libya's humanitarian challenges and promote reconstruction and voiced concern about challenges faced by vulnerable groups, including migrants and refugees.

In the Statement by the President of the UN Security Council on Libya, the council welcomes the Paris International Conference for Libya which was convened on November 12, 2021, the Declaration issued by the participants (S/2021/958) and the commitment of the participants to the full implementation of the ceasefire agreement and to supporting the UN facilitated Libyan-led and Libyan-owned political process.

It also welcomes the Libya Stabilisation Conference convened on October 21, 2021 in Tripoli.

The council expresses its support for Parliamentary and Presidential elections on December 24, 2021 as set out in the Libyan Political Dialogue Forum (LPDF) roadmap agreed in Tunis in November 2020 and resolution 2570 (2021)./.

Vietnam supports reform of UN Security Council have 472 words, post on en.vietnamplus.vn at November 25, 2021. This is cached page on VietNam Breaking News. If you want remove this page, please contact us.