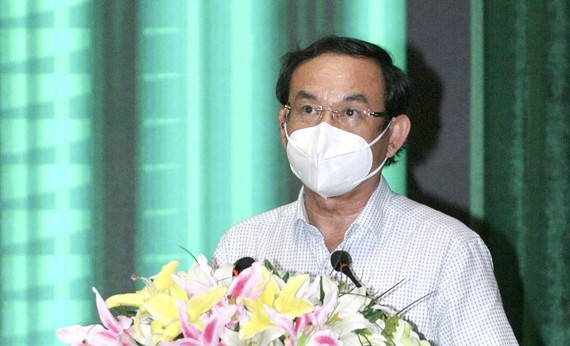 He made the statement at a conference organized by the Ho Chi Minh City High Command to review the prevention and control of Covid-19 in HCMC.

Speaking at the conference, Mr. Nen was touched while watching a short film about the preliminary report on Covid-19 prevention and control as well as the opinions presented in the meeting.
Thereby, the participants of the conference recalled the city's three-month fierce battle to control the fourth Covid-19 epidemic. In addition, the city's armed forces have learned valuable lessons.
HCMC Party Secretary Nen highly appreciated the lessons withdrawn by the city High Command at the conference. According to him, it can be most generally a lesson in leadership and close coordination between the city’s High Command and other agencies and localities, especially initiatives during the prolonged outbreak of Covid-19. 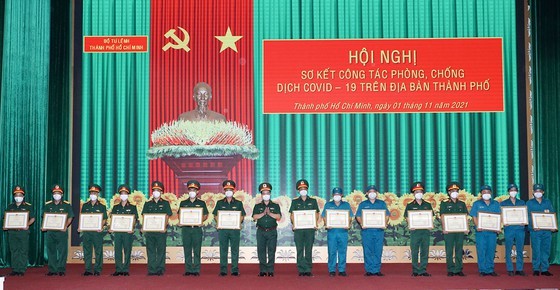 At the meeting  (Photo: SGGP) 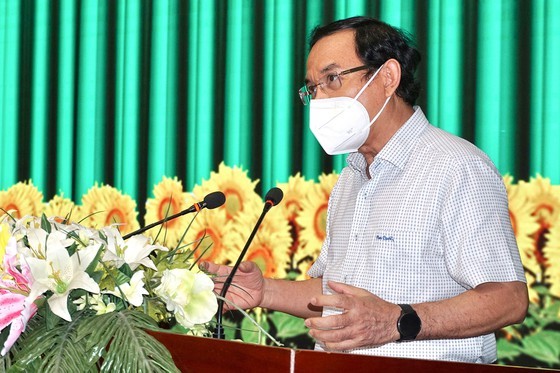 Mr. Nen speaks at the meeting (Photo: SGGP)
He reiterated that during the fourth wave of the epidemic, Ho Chi Minh City went through a very difficult time suffering lots of losses. Indisputably, the Covid-19 pandemic has had a strong impact on many aspects of everyone's lives and will continue to do so for months and years to come.
Thanks to the leadership and direction of the Party Central Committee, the National Assembly, the Government, the Prime Minister, and the National Steering Committee on Covid-19 prevention and control as well as the support of the Central Committees, Ministries, agencies, military forces, the southern metropolis has basically put the epidemic under control and gradually returned to the “new normal” as planned.
Mr. Nen announced that according to the report from the Front Command Department of the Ministry of Defense and the Ministry of Defense, the Ministry has mobilized the most forces over 40 years. Nearly 190,000 soldiers have directly participated in the battle against the Covid-19 epidemic. They had brought packages of essential items to each household in the city and helped people return to their hometowns.
Frontline soldiers have received corpses and then cremated them handing the ashes of Covid-19 victims over to their relatives.
At the conference, on behalf of Ho Chi Minh City authorities, Mr. Nen again sent his deep thanks to all officers and soldiers of the armed forces. In particular, he extended his sympathy to officers and soldiers whose relatives were infected with Covid-19 and dead.
Concluding at the conference, he requested the Ho Chi Minh City Command to continue to closely coordinate with other agencies to complete their tasks in the “new normal” period.
On this occasion, the Ministry of National Defense presented certificates of merit to two groups and five individuals and the Ho Chi Minh City Command presented certificates of merit to 31 collectives and 287 individuals with outstanding achievements in the prevention of the Covid-19 epidemic. 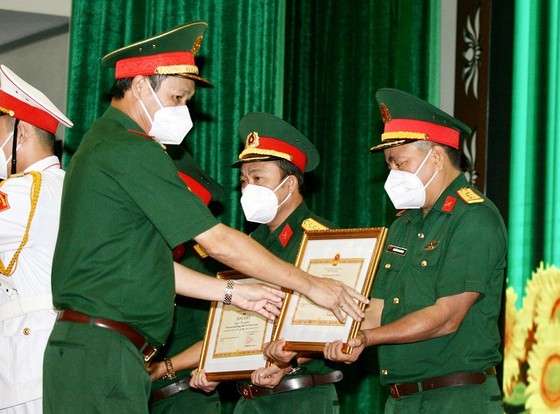 HCMC Party Chief praises armed forces have 638 words, post on m.sggpnews.org.vn at November 2, 2021. This is cached page on VietNam Breaking News. If you want remove this page, please contact us.