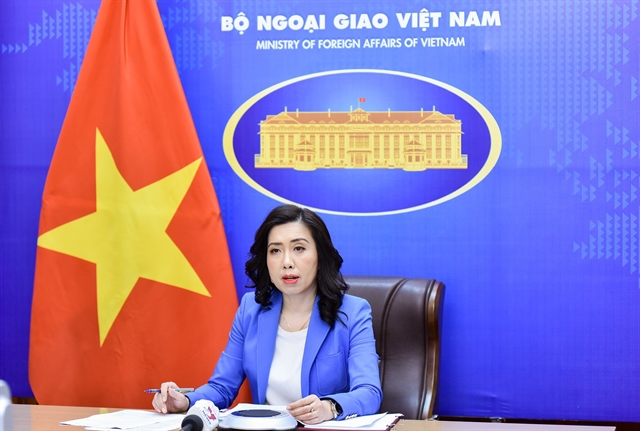 Chính's attendance is made at the invitation of 2021 ASEAN Chair, Brunei’s Sultan Hassanal Bolkiah.

Related meetings include ASEAN summits with partners such as China, Japan, the Republic of Korea, India, the United States, Australia and Russia, the ASEAN+3 Summit, and the East Asia Summit.

A number of sub-regional summits among countries within ASEAN would also take place during the series of meetings that hold the highest level of significance for the bloc in the year.

"At the upcoming summits, Việt Nam will uphold its policy of being an active, proactive and responsible contributor working with other countries in promoting the ASEAN Community building process, expanding and deepening ASEAN ties with its partners, strengthening ASEAN centrality, and contributing to the maintenance of peace, security, and stability in the region," spokesperson for the foreign ministry Lê Thị Thu Hằng said on Thursday.

Việt Nam will also work with the ASEAN Chair this year to promote Việt Nam's priorities set out in its chairmanship in 2020 in conjunction with the priorities set for 2021, particularly in responding to the COVID-19 pandemic, reviewing the implementation of the ASEAN Charter, building the ASEAN Community Vision Post-2025, and promoting ASEAN's role in subregional cooperation, according to the spokesperson.

With regards to COVID-19, which is slated to be among the top issues on the agenda, Hằng said during the summits, ASEAN member states would start talks on the use of US$10.5 million from the ASEAN COVID-19 Response Fund to buy vaccines for members, with the first batch slated to arrive in the final quarter of 2021 or in the first quarter of 2022, as well as encourage contributions to the fund and the ASEAN Regional Reserve of Medical Supplies for Public Health Emergencies.

It is expected that at this summit, Vietnamese Government leader Phạm Minh Chính will announce a list of medical supplies worth $5 million to contribute to the reserve, according to the spokesperson.

In addition, ASEAN leaders are expected to ratify the ASEAN Travel Corridor Arrangement Framework, continuing talks on the possibility of forming agreements to facilitate essential travel in the region, and the possibility of mutual recognition of electronic vaccination certificates, stated the Vietnamese foreign ministry spokesperson.

On the issue of ASEAN's unprecedented decision to disinvite Myanmar military leader Min Aung Hlaing from the bloc's summits, Hằng noted that during ASEAN foreign ministers' online meeting on October 15, Brunei has decided to extend the invitation to a representative "of an appropriate level" from Myanmar to participate in ASEAN summits.

Việt Nam looks forward to and supports the continuing exchanges and cooperation among all concerned parties, to the success of the upcoming summits, and to build trust and continue to build the ASEAN Community of peace, stability and security, Hằng said.

"At present, competent authorities in ASEAN member states are making active preparations for the summits," she added.  — VNS

PM to attend ASEAN summits on October 26-28, COVID-19 high on agenda have 704 words, post on vietnamnews.vn at October 21, 2021. This is cached page on VietNam Breaking News. If you want remove this page, please contact us.