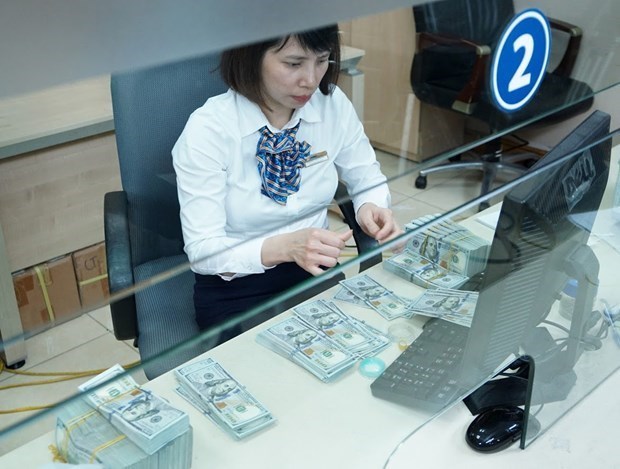 HCM City (VNA) – The flow of overseas remittances to Ho Chi Minh City reached 5.1 billion USD in the first nine months of 2021, up 22 percent year on year, the State Bank of Vietnam's Branch in the city has reported.

This is considered an impressive growth rate as the COVID-19 pandemic has badly affected the global economy over the past two years.

It is estimated that this year’s overseas remittances to the southern largest economic hub are 10-12 percent higher than last year's figure of 6.1 billion USD.

Vice Director of the SBV Branch in HCM City Nguyen Hoang Minh said the main sources of overseas remittances to the city in the first three quarters remained the US, Australia, Canada and Europe.

This represents a rise of nearly 3 percent over 2019, a very positive result compared to the previous forecast in the context of the COVID-19 pandemic.

With remittances equivalent to 5 percent of the country's gross domestic product ( GDP ), Vietnam was among the top 10 countries in the region by the share of GDP./.

Overseas remittances to HCM City up 22 percent despite COVID-19 have 354 words, post on en.vietnamplus.vn at October 20, 2021. This is cached page on VietNam Breaking News. If you want remove this page, please contact us.