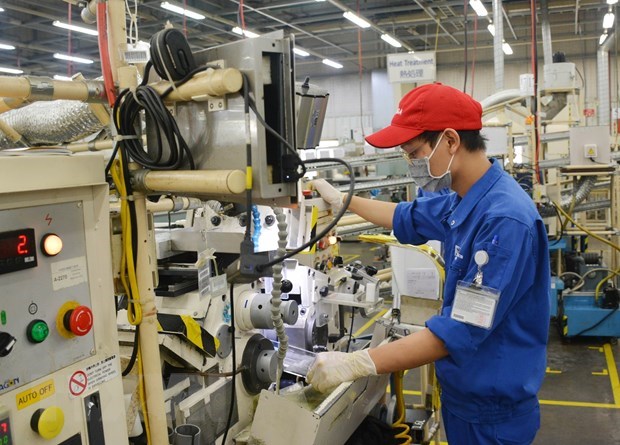 HCM City (VNA) – More than 111,000 employees in Ho Chi Minh City have benefited from the Government's new support package sourced from the unemployment insurance fund , according to the city's Social Insurance Agency.

In addition, over 81.860 units with over 1.76 million employees in the city have their premiums reduced from 1 percent of their wage funds to zero percent, with a total amount of 1.9 trillion VND.

On October 1, the Government issued Decision No. 28/QD-TTg providing regulations on the implementation of support policies for employees and employers impacted by the COVID-19 pandemic, using the unemployment insurance fund.

About 30 trillion VND (1.31 billion USD) from the fund will be used to support labourers who are covered by unemployment insurance as of September 30, 2021, excluding employees in State agencies, socio-political organisations, people's armed forces and public non-business agencies who are paid by the State budget.

Accordingly, different levels of allowances from 1.8 million VND to 3.3 million VND will be given to each labourer depending on the time they has paid unemployment premiums.

Employers, excepting State agencies, socio-political organisations, people's armed forces and public non-business agencies funded by State budget, who are joining unemployment insurance before October 1, 2021, will have their premiums reduced from 1 percent of their wage funds to zero percent for a duration of 12 months from October 1./.

HCM City: Over 111,000 employees receive allowances from unemployment insurance fund have 359 words, post on en.vietnamplus.vn at October 17, 2021. This is cached page on VietNam Breaking News. If you want remove this page, please contact us.