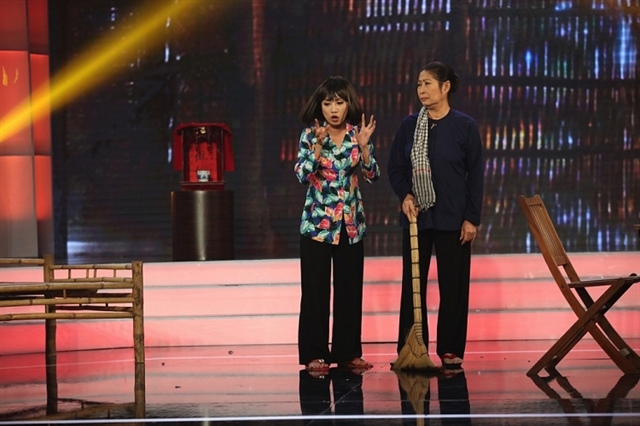 Actors perform in a TV show featuring cải lương by Tô Thiên Kiều, one of the country's few female directors and producers in theatre. — Photo courtesy of HCM Television

"I hope my TV shows will help fans, particularly youth, love cải lương , a unique theatre that is the spirit of Vietnamese people in the South,” said theatre scriptwriter-director Kiều, who has 20 years of experience in the industry.

Kiều has overcome serious challenges and proven her ability to produce quality cải lương shows featuring Vietnamese culture and history. She believes cải lương and other traditional gernes of theatre should be expanded on social networks, including YouTube.

Kiều and her staff are working with TV stations and entertainment agencies to produce and release cải lương performances on social media platforms.

“I love to entertain young audiences and YouTube is a way to meet them,"said the 48-year-old. 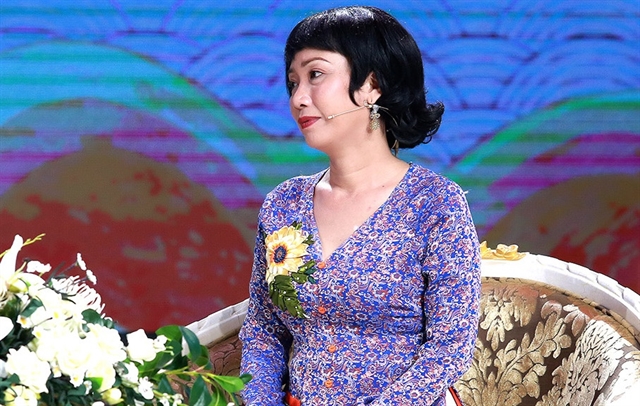 Actress, scriptwriter and director Tô Thiên Kiều, who has 20 years of experience in Vietnamese theatre. — Photo courtesy of the artist

Kiều began her career as a theatre actress for a cải lương theatre in Long An Province. She later was involved in scriptwriting before working as a TV producer.

She has produced and directed 30 TV and game shows featuring veteran artists and young talents in cải lương .

Through her productions, cải lương plays have been restaged in new versions meeting the tastes of young people.

Her productions have been on channels of Hồ Chí Minh Television, Vĩnh Long Radio & Television and Bình Phước Television. They are also on YouTube as Kiều and her crew can attract more fans this way during the COVID-19 pandemic.

Highlighted shows include Tài Tử Tranh Tài (The Battle of Theatre Artists) and Danh Ca Vọng Cổ (Theatre Stars). Both shows introduce a mix of cải lương and bolero, a genre of slow-tempo Latin music. They have attracted young talents from art troupes in the region. 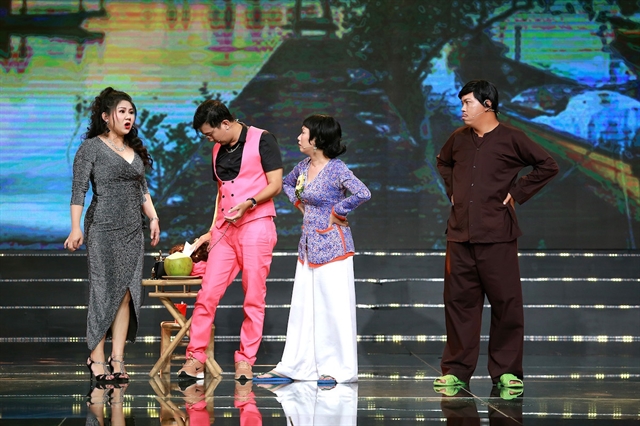 Veteran and young actors of HCM City are working to preserve cải lương. — Photo courtesy of the Long An Television

"Even though our shows are targeted to young audiences, we offer cải lương in a traditional style," said Kiều, who began her career as a theatre performer.

The show targets youth and encourages audiences to learn more about Vietnamese history and culture through theatre.

Sao Nối Ngôi has attracted millions of people in HCM City and the Cửu Long (Mekong) River Delta region back to Vietnamese theatre and has offered quality plays staged by veteran and young actors.

"We are working to film, record and write about the events, the plays and artists of cải lương since the art’s beginnings in Mỹ Tho in Tiền Giang Province in the early 1920s," said Kiều. — VNS

Female director introduces cải lương with TV shows have 775 words, post on vietnamnews.vn at October 26, 2021. This is cached page on VietNam Breaking News. If you want remove this page, please contact us.