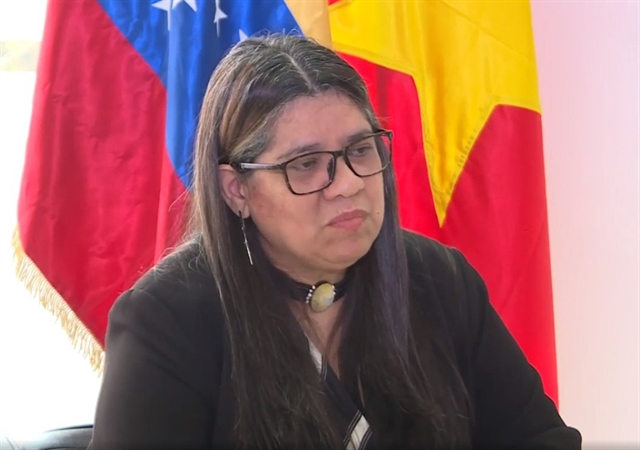 HÀ NỘI — President of Venezuela Nicolas Maduro has invited Việt Nam to attend the 17th International Book Fair of Venezuela (FILVEN 2021) as a guest of honor.

The 17th International Book Fair is scheduled to take place at the Federal Legislative Palace in Caracas from November 4 to 14.

However, due to the COVID-19 pandemic, Vietnamese publishers will not be able to attend the event. Therefore, the Vietnamese Embassy in Venezuela led by Ambassador Lê Viết Duyên will represent the country.

Ambassador Duyên has sent a document to ask the Authority of Publication, Printing and Distribution to provide a number of books, newspapers, and publications in Spanish, which can introduce image of the country and people of Việt Nam at the book fair.

"Việt Nam will be present in FILVEN, as well as in the hearts of all Venezuelans", Venezuelan Ambassador to Việt Nam Tatiana Pugh Moreno shared in her invitation to the entire Vietnamese people.

During a recent meeting with leaders of Thế Giới Publisher, the Venezuelan Ambassador to Vietnam requested to translate some works from Vietnamese into Spanish so that they can be put on display during the course of the fair.

She also emphasised that the Venezuelan side has received videos of children singing traditional songs, telling about customs and life stories of Việt Nam, as well as articles, poems from the Hà Nội Poetry Club and looked forward to the participation of more Vietnamese people at FILVEN 2021.

Since 2005, the International Book Fair of Venezuela has become the country’s major cultural event to promote reading culture and exchanges between publishers.

This year, the event is expected to be expanded, not only at the Aquiles Nazoa Cultural Center, but all the way down Carabobo Road, with the aim of celebrating the 200th anniversary of the country’s historic Battle of Carabobo, according to Ernesto Villegas, Minister of Culture and representative of the organising committee of the International Book Fair of Venezuela.

Each year, the event honours one to two famous writers, poets, or cultural activists. In 2021, the event is expected to honor Vladimir Acosta and José Rangel – two authors whose lifelong work relates to the history of the battle of Carabobo and the country’s politics. Moreover, José Rangel also stood side by side with leader Hugo Chavéz until his death.

In 2020, due to the epidemic, the event took place both online and offline. The book fair achieved a certain success: more than 600 activities took place with the participation of 32 international publishing units and 48 domestic publishers.

According to the organisers, the Venezuela International Book Fair 2020, with the slogan “Read unblocks”, had a total of 1,224 books sold online and another 360 books sold directly at the event.

In the context of the pandemic, books are considered as cultural bridges between the two countries. Preparations are still ongoing to select the most suitable publications for submission. This is also an opportunity to affirm the close relationship between Việt Nam and the host country Venezuela. — VNS

Việt Nam to attend 17th International Book Fair of Venezuela as guest of honor have 665 words, post on vietnamnews.vn at September 25, 2021. This is cached page on VietNam Breaking News. If you want remove this page, please contact us.