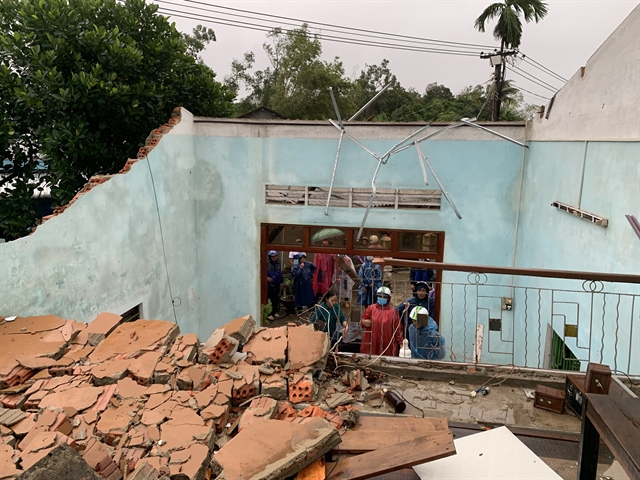 The wind speed at the centre of the tropical depression reduced to 40km per hour on Friday.

It is forecast to move in a west-northwest direction at the speed of 15 to 20km per hour.

Strong winds are expected in provinces from Quảng Trị to Quảng Ngãi and around 300mm of rainfall forecast in central and Central Highlands localities.

These localities have also been warned of flash floods and landslides in lowland areas and river banks.

Water levels in rivers from Hà Tĩnh to Quảng Ngãi and Kon Tum Province is expected to rise.

On Thursday night before the typhoon made landfall in Việt Nam, heavy winds in the coastal area of Bình Sơn District, central Quảng Ngãi Province damaged a dozen of local houses.

At least 15 houses in Bình Đông Ward had roofs blown away or destroyed.

Two people were slightly injured while securing their properties. — VNS

Typhoon Dianmu weakens to tropical depression have 339 words, post on vietnamnews.vn at September 24, 2021. This is cached page on VietNam Breaking News. If you want remove this page, please contact us.