Hanoi (VNA) – Entries are being invited for a photography contest on Phong Nha–Ke Bang National Park which was held to mark its 20th founding anniversary (2001 – 2021).

Both Vietnamese and foreign photographers aged 18 and above are eligible to take part in the competition, according to the national park's management board that organize the contest.

Entries must be high-resolution photos depicting natural landscapes, forests, caves, native flora and fauna species and people's daily life taken by professional cameras or smartphones inside the Phong Nha–Ke Bang National Park. They must have not been awarded in any other competitions locally or internationally.

They must be submitted to the contest's official website https://anh.phongnhakebang.vn or via the email [email protected] before November 15.

Winners will be announced in November. 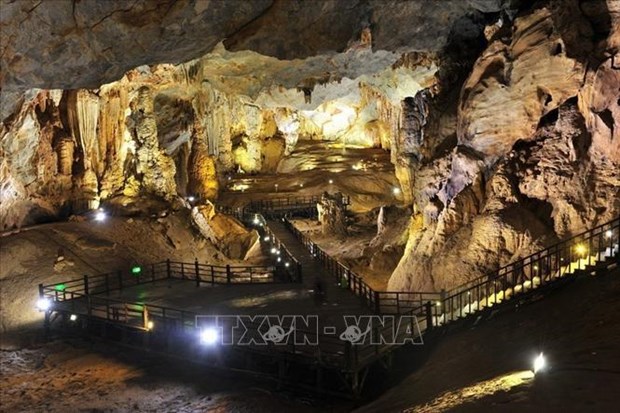 Located in the central province of Quang Binh, Phong Nha-Ke Bang is frequently referred to as the “Kingdom of Caves” for the magnificent specimens it hosts.

The 900 sq.km national park, which UNESCO labeled as a global heritage site in 2003, is home to over 300 caves and grottoes that date back 400 million years.

The karst formation of Phong Nha-Ke Bang National Park has evolved since the Paleozoic Era and is the oldest major karst area in Asia, according to TripAdvisor.

Around 30 caves are now open to visitors, which have created a tourism boom and given much-needed revenue to the once war-torn province.

In March, TripAdvisor readers selected Phong Nha-Ke Bang as one of the world’s 25 best national parks.

It ranked 15th and was the only national park in Southeast Asia to appear on the list which took into account the quality and number of traveler reviews and ratings published on its website over a 12-month period./.

Photo contest launched to mark Phong Nha-Ke Bang National Park’s 20th anniversary have 420 words, post on en.vietnamplus.vn at September 20, 2021. This is cached page on VietNam Breaking News. If you want remove this page, please contact us.