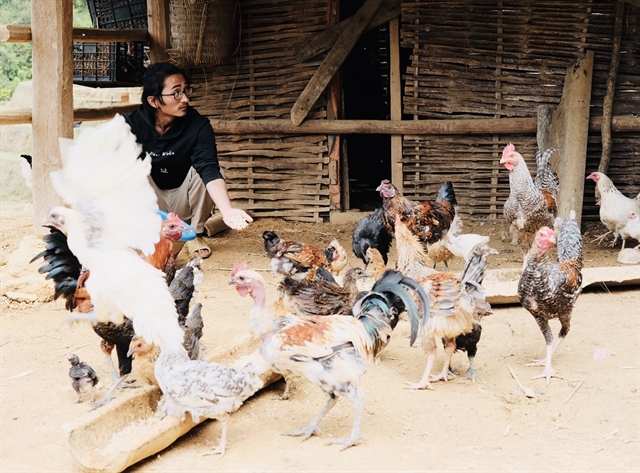 FOWL PLAY: Khang A Tủa tries to raise and preserve chickens of the Mông heritage breed in his hometown of Mù Căng Chải in the northern province of Điện Biên. Photos courtesy of Khang A Tủa

Highly proud of his ethnic Mông heritage and with a deep love of his beautifully rugged homeland in the northern province of Yên Bái, Khang A Tủa had barely started university when he realized that he would set out to do all he could to help his people.

Tủa, 27, is taking a sabbatical from his current university course to focus on running the project supporting the Mông minority.

He is the founder of “Ná Nả – Mùa gì mua nấy” (literally means Mummy! Buy seasonal produce), a project that delivers agricultural produce and handicrafts made by the Mông from mountainous provinces to sell in Hà Nội, according to a report at Urbanist Hanoi.

Born to a Mông family in Yên Bái, he loves his origins and wants to help his people live a better life. He aims to create sustainable incomes for indigenous farmers, and particularly to build lives for local women and girls who are often hampered by a lack of opportunities.

The project started from a combination of Tủa's appreciation for his province's farm produce and handicrafts, as well as simply seeing a gap in the market, and a demand for authentic goods.

"While I was studying at the Hà Nội University of Science and Technology, I realised that my hometown had a lot of honey and other farm produce. I didn't pay attention to them at first as in my hometown they were not considered having high value but just something that we always had," Tủa says.

"But my classmates always asked me to buy them for their families, and I realised the reason they often bought them from me was because they knew I could get them the real thing, not the substandard products often sold in the market."

Selling homegrown produce to his classmates helped Tủa make ends meet in the city. But during the harsh winter of 2016, all the bees in his hometown's forests froze to death. There was no honey, and Tủa's fledgling business came to a halt.

Then in 2019 he took part in a social project – a summer camp – which brought children from mountainous provinces to experience life in Hà Nội. That was when he had the idea of developing something part-business and part-social that could help develop the community

"After the camp I spoke to a lot of parents, and with my experience selling honey and other produce before, I wondered if I could do something that combined the experiences I had," he says.

"On the one hand, it's purely social and aims to build the capacity of local people – almost not-for-profit, I don't earn money from it, even spend money and effort on it. On the other hand, it operates like a business. So I talked to a friend called Mua, also of Mông origin, in Điện Biên Province. She supported me, and we started working on the project."

Ná Nả in the Mông language is the gentle call of "Mummy, mummy”, the young children shout when in need of parental attention, and is a nod to the project's wholesome and sustainable roots.

They used to have a small warehouse on Núi Trúc Street to store all the produce and for people to pick up their orders. But it's now closed due to COVID-19. 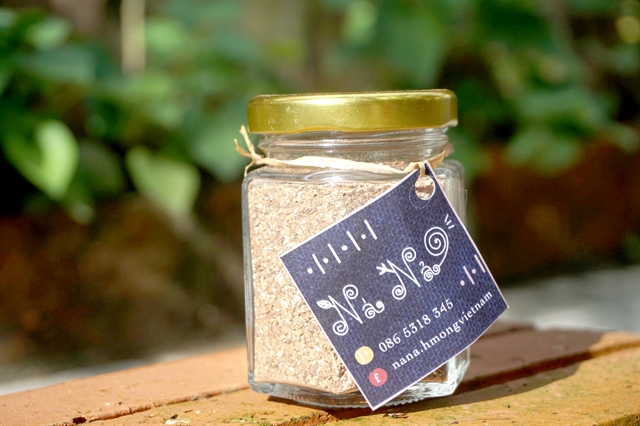 RUSTIC PRODUCE: A jar of herbs made by the Mông and sold by Ná Nả.

As Tủa is from Mù Căng Chải and Mua is from Nậm Pồ, they sell what their respective hometowns offer. Tủa gets raw honey from natural beekeepers, free-range chicken of local breeds and seasonal greens, while Mua gets local speciality rice. Handicrafts include brooms, bamboo baskets, embroidered fashion items and brocade fabric.

The project used to yield a revenue of VNĐ10-20 million (US$440-880) a month. But sales have dropped drastically since social distancing restrictions were put in place. "Some months we didn't pay ourselves so we had money to sustain the project," Tủa says.

He does it for two reasons. "We believe that what is indigenous to an area and has been preserved through generations must be the result of certain soil conditions and cultural traits unique to that area," he says.

"And we believe that we can make a small contribution to reducing climate change. Because climate change has been affecting my parents and I directly. For example, all it takes is a shift in the rainy or dry seasons and all of our crops will be ruined, or floods can wash away an entire year of the fruit of our work. It's been having such a direct impact on us, so we want to mitigate it." 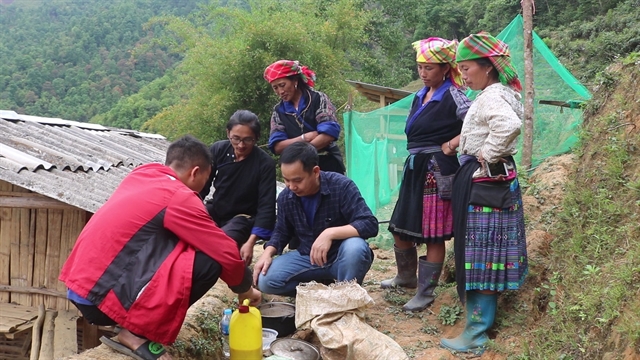 "We don't just strive towards high crop yields," he says. "It's rather dangerous nowadays that when talking about agriculture, people only care about quantity, not the quality of the products or how they were made. It's something that we had to discuss with our farmers a lot. It's obvious to them that they want to produce a lot without using too much resource, but is it worth it?"

To prove his point, Tủa experimented with some organic farming methods himself. On his parents' rice field, he grew sticky rice of the local variety instead of imported one his parents often cultivated. Manure was used to enrich the soil instead of chemical fertilisers or pesticides.

"The yield was much lower, I only got three bags of rice from that crop, which is half what we normally get. But the value is higher, because we can sell it at almost double the price of the old variety," Tủa says.

"So my neighbours started to recognise the benefits of the new way of farming. But it's something I had to explain over and over again." 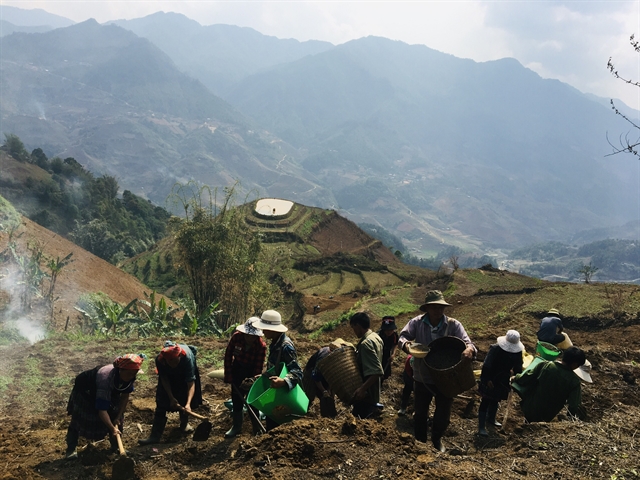 It takes much effort and commitment, but Tủa says he will continue with Ná Nả for as long as possible.

"I will try to work with our farmers as long as I can, unless something happens and makes us unable to continue," he says.

"I still want to do it in the near future. Because, well, who are the farmers? My neighbours! They are the ones that are close to me. So we will try to get the project back on track and spread the word to more people, not only farmers but also customers who support us."

Ná Nả has never had a slogan but Tủa and his partner Mua have a clear idea of the vision for the project.

"We will always ensure benefits for farmers, for their health and our customers' health, with high quality products," Tủa says.

Mông student helps his people have better life have 1550 words, post on vietnamnews.vn at September 26, 2021. This is cached page on VietNam Breaking News. If you want remove this page, please contact us.