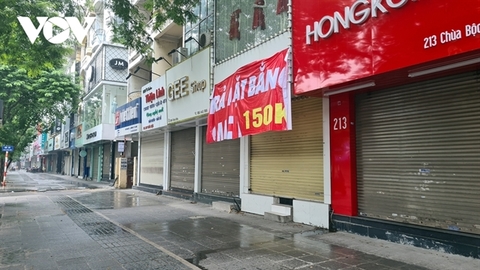 Many businesses in the southern region are unable to resume operations due to lack of human and financial resources. — Photo vov.vn

Many businesses in the south have been allowed to reopen a few days ago but a worker shortage is preventing them from doing so.

The owner of an organic rice production business in District 7, Tran Huu Tin, was happy when the city began to loosen social distancing requirements and allow businesses to resume.

But after two weeks of trying to recruit and posting messages, he has not received any job applications, and he is now very worried.

At the end of June four of his employees first tested positive for COVID-19, and a week later the number jumped 10-fold, and his business lost nearly half its workforce. Hiring has not been easy with the epidemic still raging.

“People are very reluctant to go to work since they have to live on the premises and also fear the risk of COVID-19 infection,” he said.

Le Xuan Tan, a director of Hanh Phuc Wood Co., Ltd. in Dong Nai Province, said hundreds of workers have fled the city because following the virus outbreak and his firm faces an enormous problem finding workers to resume work.

The situation is particularly dire in labour-intensive sectors like footwear and wood processing.

Chu Tien Dung, chairman of the HCM City Union of Business Associations, said businesses are waiting for the Ministry of Health to issue criteria for employees to return to work so that they could hire. Travel regulations across the country also need to be made consistent to enable the recruitment of workers in other areas across the country.

Another barrier to reopening is funding since, after more than three months of closure, many businesses have exhausted their resources after earning no revenues but still paying bank interest, rents, employees' social insurance premiums, and taxes and fees, which had to be paid in full, he said.

So, to be able to afford reopening, many businesses and trade groups have called on the Government to help access financial relief packages, cut lending interest rates, and waive or reduce taxes and other fees, he added. — VNS

Lack of human resources, funds prevents businesses from reopening have 384 words, post on bizhub.vn at September 20, 2021. This is cached page on VietNam Breaking News. If you want remove this page, please contact us.