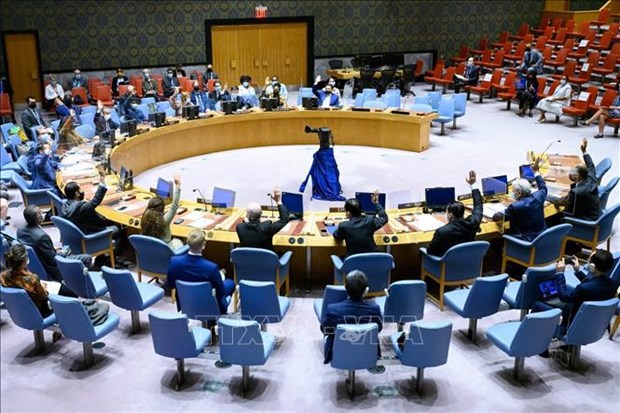 Hanoi (VNA) – Ambassador Pham Hai Anh , Deputy Permanent Representative of Vietnam to the United Nations (UN), has raised his concern about the negative consequences of the illegal trade in small guns and light weapons that makes conflicts prolong and causes negative impacts on peace efforts and socio-economic development.

Addressing the UN Security Council's virtual Arria-formula meeting on "The threat to international peace and security posed by the illicit trade in small arms and light weapons" on September 16, Anh affirmed Vietnam's support for regional and international cooperation efforts to complement national efforts, especially in coordination of activities and resources and expertise and experience sharing. He emphasized the need for an approach appropriate to the specific situation and location at the national and regional levels, and called for support of Africa’s efforts to address the region’s problems.

The Vietnamese representative said that it is necessary to both ensure the fight against illegal weapon trade and avoid negative impacts on the national capacity to safeguard national defence and security, even in the transitional and post-conflict periods as in many places at present.

Speaking at the event, representatives of UN agencies and scholars said that the illegal trade and transfer of weapons remains complicated in many parts of the world. They stressed the importance of fully implementing relevant international treaties, documents and cooperation frameworks, including the UN Programme of Action to Prevent, Combat and Eradicate the Illicit Trade in Small Arms and Light Weapons (PoA) and related resolutions of the UN Security Council./.