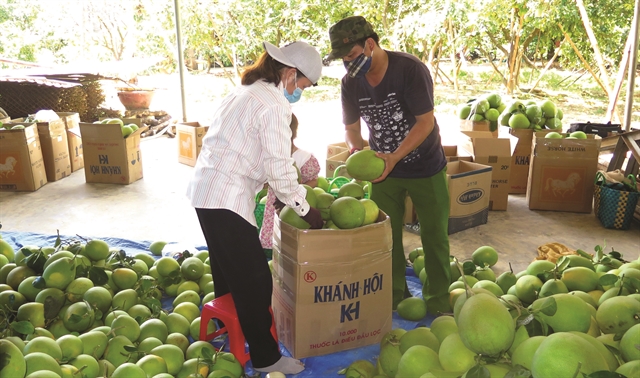 Farmer Lê Đoàn is growing over one hectare of pomelos in his garden. According to him, the fruit is easy to grow, resistant to many types of pests and diseases, and suitable for the soil conditions of the commune.

Đoàn and many other farmers in the area have regularly participated in training courses and installed automatic irrigation systems to reduce labour and save water. 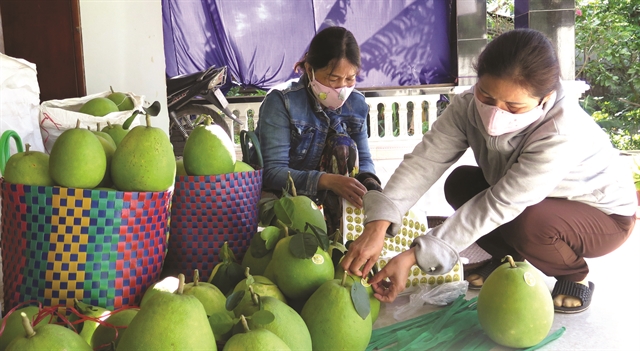 As pomelos are entering harvest season, his family has to hire 10 labourers to supply the fruit to the market. Each tree could generate income from VNĐ2.5-5 million (around US$2,000) on average.

This year, despite the impact of the COVID-19 pandemic and natural disasters by the end of 2020, his pomelo garden still yielded an estimated income of more than VNĐ300 million ($13,000).

Hương Thọ pomelos have a sweet and juicy taste with light pink vesicles. The harvest season of the fruit lasts from August to September.

The commune currently has 120 households growing about 50 hectares of pomelos, yielding an annual revenue of tens of billions of đồng . 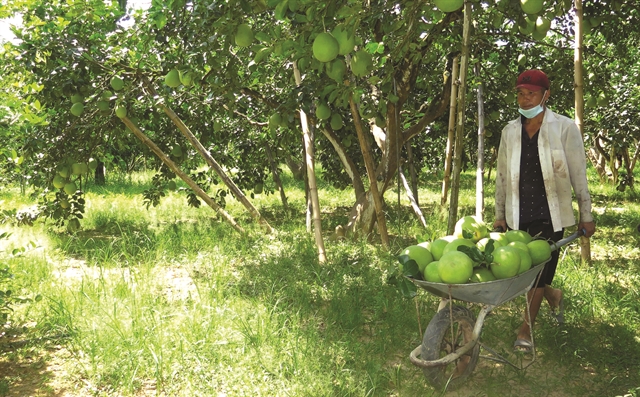 Particularly, a specialised cultivating area, covering an area of ​​5 hectares in Liên Bằng Village, produces 30-35 tonnes of pomelos that meet VietGAP standards per hectare, and earns an estimated revenue from VNĐ450-500 million per hectare.

Not only within the province, Hương Thọ pomelos have been introduced to neighbouring markets like Quảng Trị Province and Đà Nẵng City. The commune has identified pomelos as the key local agricultural product and aimed to build a local specialty brand.

“Hương Thọ pomelos have also been recognised as a 3-star OCOP (One Commune One Product) by Thừa Thiên Huế Provincial People’s Committee since 2020, which is expected to expand the consumption markets, enhance the value of the products and raise incomes for local farmers,” said Lê Văn Chúng, chairman of Hương Thọ Commune Farmers’ Association.

“The association will continue to coordinate with the agricultural sector to open training courses for farmers to get hold of the growing techniques and encourage the expansion of the area under pomelos by renovating mixed crop gardens and converting inefficient crops,” he added. VNS

Hương Thọ pomelos, specialty fruit of Thừa Thiên Huế have 664 words, post on vietnamnews.vn at September 18, 2021. This is cached page on VietNam Breaking News. If you want remove this page, please contact us.