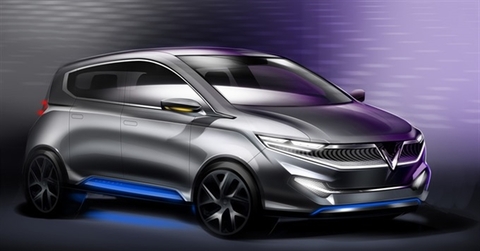 The Ministry of Industry and Trade has just released a list of factors that are undermining the development of the electric car industry in Viet Nam.

Citing data from the Viet Nam Register, the Ministry of Industry and Trade (MoIT) said that the number of electric cars in Viet Nam is currently quite small with only 140 cars in 2019, 900 last year and 600 by the end of the first quarter of this year.

Currently in Viet Nam, there is no enterprise other than Vinfast Trading and Production Limited Liability Company engaged in the production and assembly of electric cars.

First is the low average income. GDP per capita in Viet Nam in 2020 is estimated at US$2,750, still too low for consumers to own a regular four-wheeled personal car, without considering the higher cost of electric cars over their fossil-fuel burning rivals.

At the same time, the range of electric cars is still limited. Although recent electric car models have significantly improved their range they still can not meet the travel needs of customers compared to fuel cars.

Moreover, a policy to encourage the development of electric cars in Viet Nam is almost nonexistent. Electric cars have so far only received special consumption tax incentives, which are lower than petrol cars.

In this context, experts suggest that the first step to take is to deploy clean energy production and prepare the necessary infrastructure when considering the large-scale deployment of electric cars.

At the same time, electric cars also have an environmental impact at the point of production. Because the battery pack is heavy, manufacturers have to lighten the rest of the cars, resulting in electric cars components often using a lot of lightweight materials that require a lot of energy to manufacture and handle.

The materials used in the battery can also be harmful to the environment and recycling of lithium-ion batteries is rarely done even in developed countries.

The MoIT said that the strategy for the development of Viet Nam’s automobile industry by 2025, with a vision to 2035, is determined to encourage the production of environmentally friendly cars, meeting the requirements of emission standards according to a roadmap approved by the Prime Minister.

To develop effective mechanisms and policies to encourage the production and use of electric cars in Viet Nam, the Ministry of Industry and Trade stated that the electric cars industry needed to integrate and take advantage of the existing capacity of traditional automobile manufacturers.

The MoIT has proposed developing electric car technology in Viet Nam through the application of special consumption tax rates for electric cars on the basis of their carbon dioxide (CO2) emissions into the environment.

In addition, the MoIT is also coordinating with the Ministry of Finance to study and propose amendments to the Law on the Special Consumption Tax in the direction of preferential excise tax rates applied within a certain period of time (five years) to encourage the development of electric cars in Viet Nam. — VNS

High cost, lack of infrastructure barriers to electric car market have 634 words, post on bizhub.vn at August 5, 2021. This is cached page on VietNam Breaking News. If you want remove this page, please contact us.