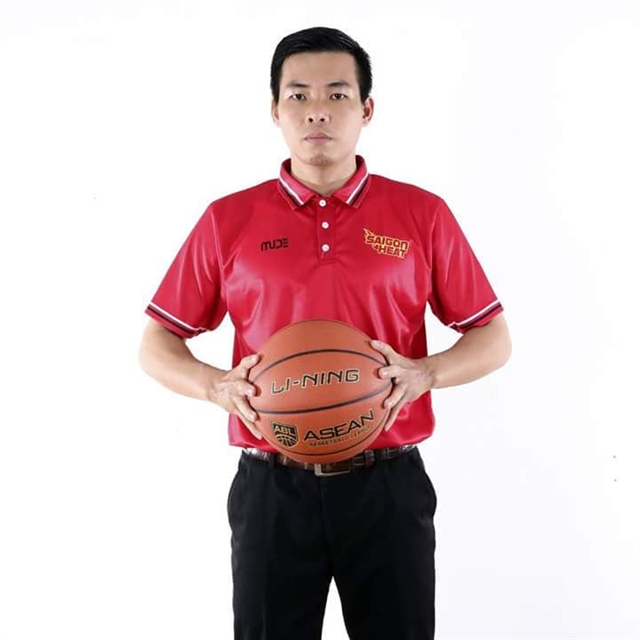 Phan Thanh Cảnh is the only domestic coach in the Việt Nam Basketball Association (VBA) and has been head coach of the Danang Dragons for three years. Before that, he served five years as an assistant coach for Saigon Heat and the Vietnamese national team. As the only Vietnamese coach in the VBA, Cảnh is living proof that a Vietnamese can lead a team to compete at the highest levels. Thanh Nga talks to him about his career in coaching.

Inner sanctum : Can you tell us a little bit about yourself and your passion for basketball?

Hi, my name is Phan Thanh Cảnh and I am head coach of the Danang Dragons team. I was born in 1987 in Ninh Thuận Province.

Earlier, I competed for the Ninh Thuận junior basketball team. Because my home was far away, I had to ride a bicycle to practice for about 30km to get to morning and afternoon training sessions. This also helped me become extremely physically fit. Three years later, I was called up to the Ninh Thuận senior team to participate in the National Basketball Championships.

In 2005, I entered the HCM City University of Physical Education and Sports and played for the Joton Paint Group club, which participated in the National Basketball Championships.

In 2009, I graduated from the university, which later has retained me as a lecturer ever since.

Inner sanctum : Can you tell us about your coaching career?

After graduating from university, I continued to play for three years for Joton. In 2012, I became assistant coach of the team. In 2013, I was appointed head coach and won the national championship that year. In 2014, Joton finished second in the national league.

Later, Joton was dissolved due to the unstable economic situation, and  I was invited to work as an assistant coach for Saigon Heat to attend the ASEAN Basketball League and VBA tournaments, and also as head coach of the Heat youth team.

After winning the championship with the U20 team, I was suddenly invited by Danang Dragons to lead the team. I was really surprised, but felt very happy because my years of work and dedication were recognised and trusted.

From 2015 to 2019, I also attended three SEA Games with the Vietnamese team as an assistant coach.

Inner sanctum : To stay strong at the VBA, all teams use foreign coaches but only the Dragons use a domestic coach. It shows that you are well trusted. Can you say something about this?

I think it is a long process from competing and coaching. I feel that I am open-minded and have a very good relationship with all athletes and coaches. I don’t dare to say that I am good because there are many people who are much better than me, but I work and train with all my passion.

Inner sanctum : You are the only domestic coach of the VBA, making you a beacon for other domestic coaches. So, what does it take to become a good basketball coach in Việt Nam?

First of all, I would like to thank the VBF, the owners of the teams and the VBA. Honestly, the VBA brings a lot of positive things to Vietnamese basketball. As a domestic coach, I see that the VBA helps develop basketball a lot including developing movement, the level of competition for athletes, coaches, referees, as well as opening up job opportunities for basketball lovers.

To become a domestic coach at the VBA, you must first have a passion and deep understanding basketball, as well as a diploma at a sport university, and a professional coaching certificate issued by FIBA or the National Basketball Federation. These are mandatory if you want to be a head coach.

Inner Sanctum : What are the most memorable experiences in your coaching career?

I helped Joton win the National Basketball Championships in 2013, winning the 2018 international friendly tournament in Cambodia with the U20 team, the victory of the Dragons against Hanoi Buffaloes in 2019 (it was my first win as head coach of the Dragons), taking two bronze medals with the Vietnamese team at the SEA Games in the Philippines in 2019. 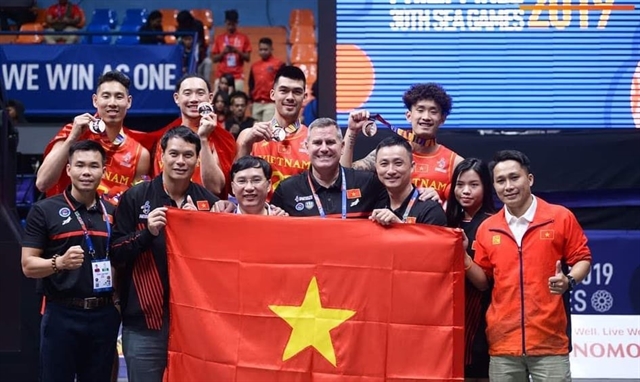 Inner Sanctum : What difficulties have the current coronavirus pandemic caused in preparing for this year’s VBA?

The team has met many difficulties during training and life in HCM City. During this time, the city has been placed on lockdown, so training was difficult for the whole team. We had to practise at a hotel. Also, overseas Vietnamese players and two foreign players had to quarantine for 21 days and 7 days at home when entering Việt Nam so the team didn't have enough players. After isolation, the athletes did not meet professional fitness levels, and it took them one month to meet 80 per cent of the plans given by the training board.

Having to train in isolation meant some athletes began to have some psychological problems. They often worry when they are away from their family. We understand and sympathise with them. The owner of my team understands this very well, so he regularly encourages the whole team to try to practise and compete during this period.

Inner Sanctum : Can you tell more about the foreign players at the club and what hope is placed on them? 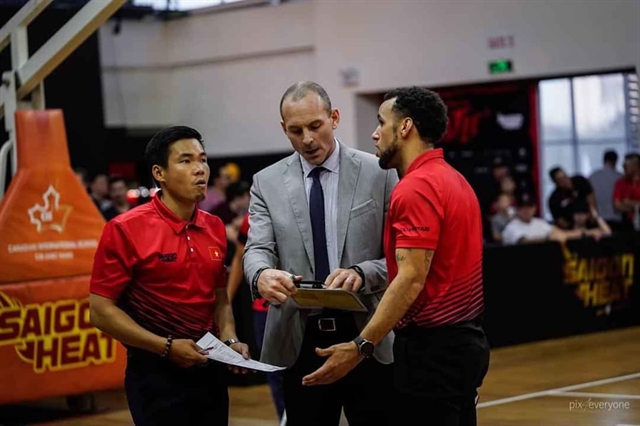 Inner Sanctum : Can you tell me about the opportunities, challenges and goals for Danang Dragons in 2021?

This year all clubs have relatively equal forces because each team has two quality foreign players. It is difficult to say which team will win this year’s competition. Also the Vietnamese team, the most elite athletes preparing for the upcoming SEA Games, are quite strong. So this year’s VBA is competitive. The goal of the Dragons is to win as much as possible to get a place in the finals.

Inner Sanctum : What should Vietnamese basketball do to raise its level?

I think it is necessary to focus on youth training and create many playgrounds like the VBA for youth teams of U16, U18 and U20 levels. These tournaments should compete seasonally and under a clear system, instead of only competing for about 10 days like in previous tournaments.

Besides training young people, the Việt Nam Basketball Federation should continue to look for talented overseas Vietnamese players to compete in domestic tournaments as well as for the national team. By doing that, we can shorten the gap with other countries in Southeast Asia.

There must be a plan to build the Vietnamese team long term, with a two-year or four-year roadmap. There should be a plan for the national team to attend international tournaments to hone their skills and gain experience as well as setting a clear goal of always being in the top three in the region. VNS

Coach wants to raise level of Vietnamese basketball have 1446 words, post on vietnamnews.vn at August 1, 2021. This is cached page on VietNam Breaking News. If you want remove this page, please contact us.