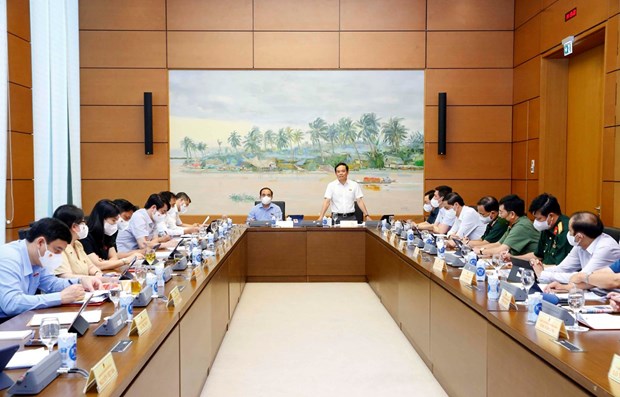 Hanoi (VNA) – Legislators have voiced their support for the Government's viewpoint on investing resources in the COVID-19 combat but also highlighted the importance of sustaining socio-economic development.

Speaking at a group discussion on July 22, part of the ongoing first session of the 15th National Assembly (NA), deputy Hoang Van Cuong of Hanoi said Vietnam witnessed two outbreaks in the first half of 2021, with the first coinciding with the Lunar New Year holiday – a peak of consumer and tourism activities, and the second hitting key economic areas like industrial parks and big cities.

However, the achievements obtained during the six months are very positive, he said, noting that the gross domestic product (GDP) grew 5.64 percent, consumer price index ( CPI ) up 1.47 percent, and State budget revenue equivalent to 58.3 percent of the target for this year, which are all impressive figures.

Cuong said though the GDP growth of 5.64 percent is not high compared to the target, the economy is still on the upward trend despite the pandemic's considerable impact.

He expressed his belief that if the pandemic is contained well, the growth trend recorded so far will continue, showing his support for the Government to focus on the COVID-19 combat.

Besides, the deputy added, the budget revenue reaching 58.3 percent of the target is a "very good figure", providing more room for implementing fiscal policies.

Cuong also echoed the view of a verification report by the NA Committee for Economic Affairs that if the country lacks prudence, it may fail to keep up with the global economy, which is bouncing back quickly: the US grew 6.4 percent in Q1, China 13 percent in Q1 and 8.1 percent in Q2, and Singapore 10 percent in Q2. 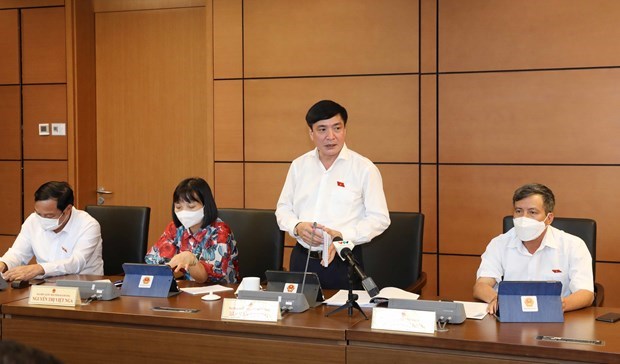 In the time ahead, the Government needs to take stronger measures and launch relief packages to help enterprises make breakthroughs, according to the legislator.

Talking about banks' interest rates, deputy Pham Duc An of Hanoi pointed out that credit institutions have slashed interest rates recently, but if businesses become weaker and no more detailed policies are promulgated next year, non-performing loans will increase and the banking system may record "very low" profits.

Given numerous difficulties facing the economy and businesses, many legislators emphasised stronger public investment disbursement as a solution to promote development.

However, they noted, apart from certain positive outcomes, the disbursement of public investment remains sluggish though this problem was already pointed out in previous tenures.

Deputy Don Tuan Phong of An Giang province complained about the slow disbursement of public capital for many projects, which has caused wastefulness.

If key projects such as the eastern North – South Expressway or Long Thanh International Airport are not carried out drastically, they will face a "very high" risk of lagging behind schedule, he warned.

In terms of major loss-making projects, he called on the Government to make strong moves to deal with, suggesting it focus on the ones able to become operational and eliminate those unable.

Trinh Xuan An, a deputy of Dong Nai province, cited a 2020 report as saying that the 12 major loss-making projects run up debts of over 63 trillion VND (2.7 billion USD) and accumulative losses of 26 trillion VND, and the Government is still grappling with them.

It's time to take stronger actions since the longer they are left unresolved, the more losses they will suffer, An noted.

At the discussion, many lawmakers held that the aid packages of 62 trillion VND and 26 trillion VND launched recently are timely and precious moves helping enterprises and workers, especially vulnerable groups, in these trying times.

However, they are also concerned about the slow disbursement of the 62 trillion VND package, asking relevant agencies to play a more active role so that the aid can reach people as soon as possible./.

Vietnam should accelerate business recovery to keep up with global trend: legislators have 838 words, post on en.vietnamplus.vn at July 23, 2021. This is cached page on VietNam Breaking News. If you want remove this page, please contact us.