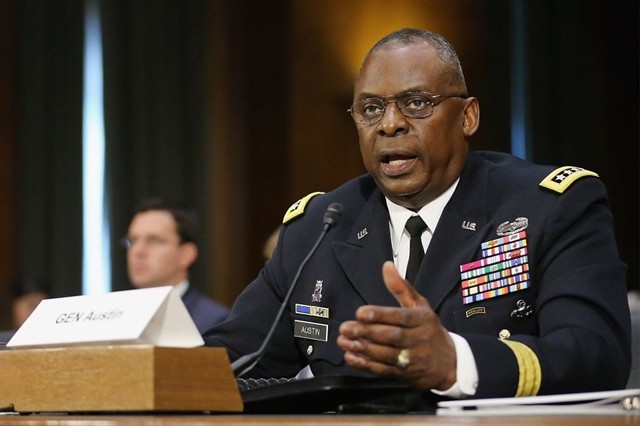 The visit, part of a Southeast Asian tour with stops in the Philippines and Singapore in addition to Vietnam starting this Friday, is the first one to the region by a top official of the Biden-Harris administration.

"The visit to Vietnam by the US Secretary of Defense would contribute to the strengthening of friendship and trust between our two peoples and armies, implementing the agreement between the two countries' high-level leaders, and furthering the framework of Vietnam-US comprehensive partnership," Hang noted, while not affirming specifically whether the South China Sea issue (known in Vietnam as the East Sea) would be high on the visit's agenda as speculated.

Due to Covid-19 restrictions in place amid complicated outbreaks in the capital city of Hanoi, where the US official is expected to have talks with Vietnamese senior leaders, the events and meetings will only be open to Vietnamese and American press members, according to the foreign ministry.

In response to the announcement from the UK that it would send two warships to be permanently based in “Asian waters" as part of the country's Indo-Pacific commitment, Hang reiterated Vietnam's consistent position that all activities of countries at sea "must strictly adhere to the provisions of international law, including the 1982 UNCLOS."

Countries should also contribute to the maintenance of peace, security, stability, and order and uphold the rule of law in line with the aspiration of the region and international community, the spokesperson said.

US Defense Secretary Austin to visit Vietnam on July 28-29: Foreign ministry have 379 words, post on sggpnews.org.vn at July 23, 2021. This is cached page on VietNam Breaking News. If you want remove this page, please contact us.