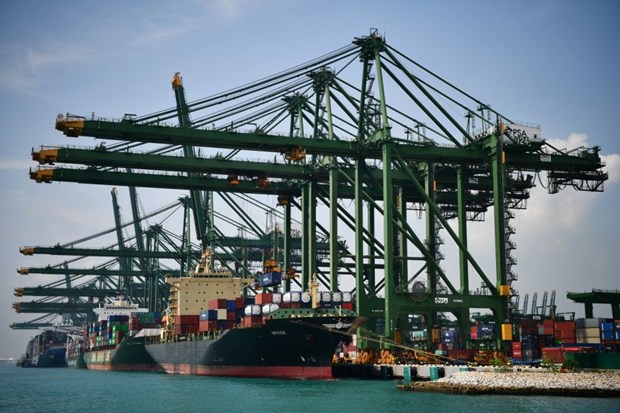 Singapore (VNA) – Singapore and the Pacific Alliance (PA) have concluded negotiations on a free trade agreement , towards the signing of the deal in late 2021, the Singaporean Ministry of Trade and Industry announced on July 22.

The Pacific Alliance, which comprises four Latin American nations of Chile, Colombia, Mexico and Peru, is the eighth-largest exporter in the world, with a combined population of 230 million, a per capita gross domestic product of 19,000 USD and annual exports totalling 627 billion USD.

It is also the eighth-largest economy worldwide, attracting 56 million tourists, making up 41 percent of the GDP of Latin America and the Caribbean, and accounting for 38 percent of its foreign direct investment.

The Ministry of Trade and Industry said that Singapore will continue working with the alliance to officially sign the deal at the PA Summit in December in Colombia./.

Singapore, Pacific Alliance conclude FTA talks have 348 words, post on en.vietnamplus.vn at July 23, 2021. This is cached page on VietNam Breaking News. If you want remove this page, please contact us.