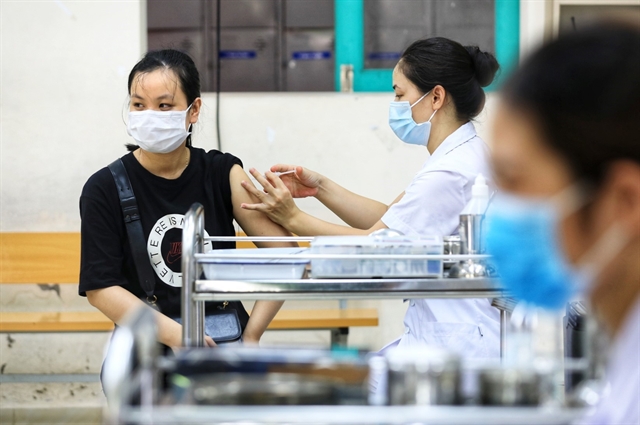 The district plans to administer some 4,000 doses a day at seven vaccination sites, including schools, currently empty of students with closure orders effective since early May at the start of the fourth wave. 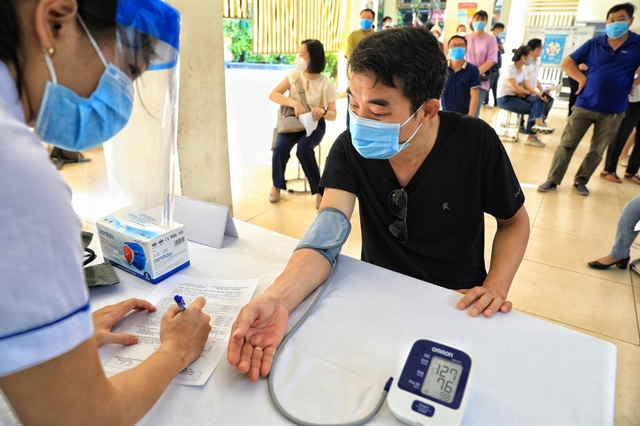 A man has his blood pressure and heart rate checked before vaccination. — VNA/VNS Photo Thành Đạt

Workers in industrial zones in Hà Nội also start to get doses today.

The inoculation drive starts July until April next year, with 5.1 million residents between 18-65 years old.

16,000 doses of vaccine have been allocated for the district in this first leg, comprising 7,000 Moderna doses (donated by the US Government via COVAX) and the remaining AstraZeneca.

People will not be allowed to choose which type of vaccine they would get. The doses are administered free of charge.

Prior to the shot, everyone will have their medical records (especially known allergy history against any ingredient of the vaccine), temperatures and heart rate and blood pressure checked in order to prevent avoidable reactions.

Those with problematic health issues detected during the screening process would be referred to get their shots at a hospital for proper observation.

After getting the shots, all must remain at the site for one hour before they are allowed to leave.

People will receive a copy of their vaccination records seven days later.

Seats in the waiting areas are arranged to avoid crowding. 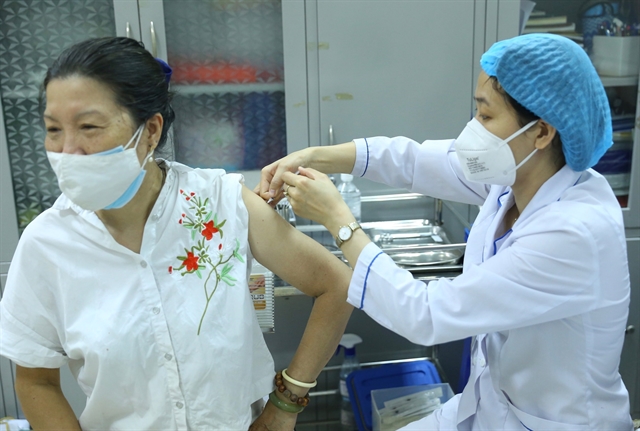 Hà Nội residents could register for vaccine shots by inputting information on the national COVID-19 vaccination portal https://tiemchungcovid19.gov.vn or the e-medical diary app (Sổ sức khoẻ điện tử, available on both iOS and Android), or ask for paper registrations from ward/commune authorities.

The capital city strives to administer up to 200,000 doses a day at max capacity given stable supply, but with the majority of the doses Việt Nam has secured either through purchase deals or aid commitment concentrated mostly in the final quarter of 2021, the available vaccines allocated to the city by the health ministry would be administered in different phases, respecting the list of priority groups.

270,000 doses of vaccine have been administered in Hà Nội as of Wednesday, mostly frontline workers.

Hà Nội is being put under strict social distancing measures prescribed in the Government's Directive 16, with closures of non-essential businesses, halting of public transport, and people not allowed to go outside unless necessary.

The city has recorded nearly 1,000 cases in the fourth wave of infections since late April, and continues to see a couple dozen new infections every day since earlier this month, including several in the community detected through screening of people with symptoms of fever and coughing. — VNS 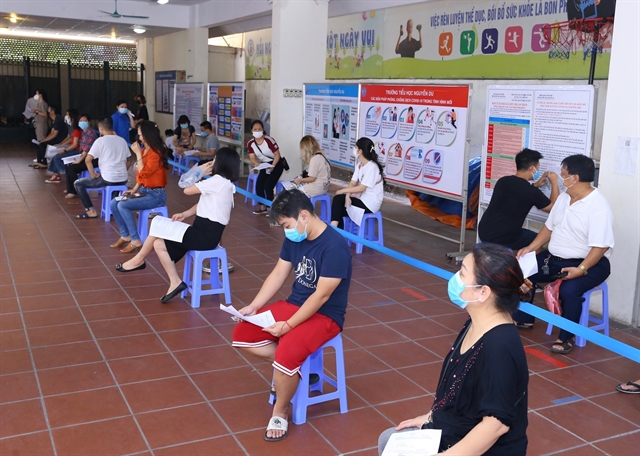 People wait to get their vaccine shots on Wednesday. — VNA/VNS Photo Hoàng Hiếu 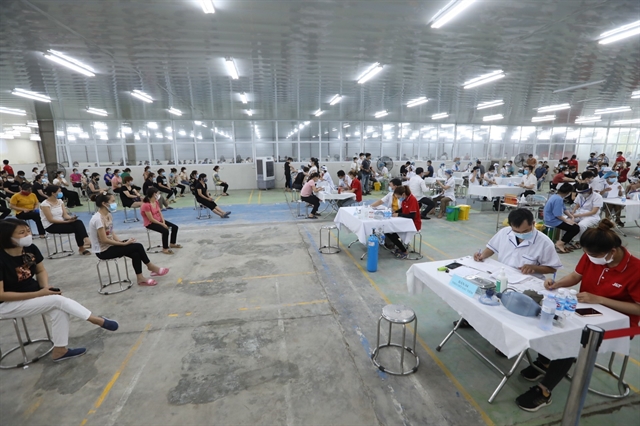 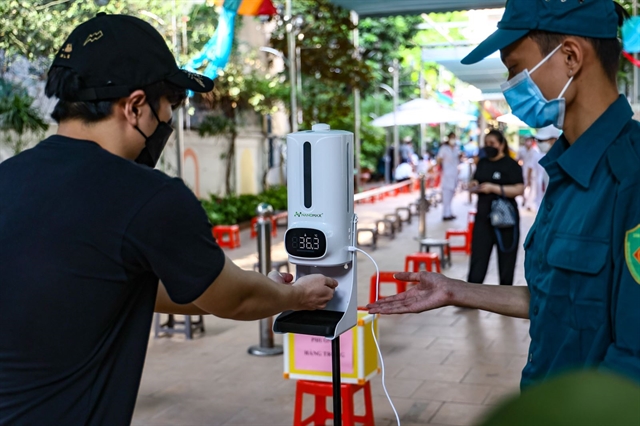 Hà Nội begins mass COVID-19 vaccination, aiming to cover 5.1 million residents by April have 751 words, post on vietnamnews.vn at July 28, 2021. This is cached page on VietNam Breaking News. If you want remove this page, please contact us.