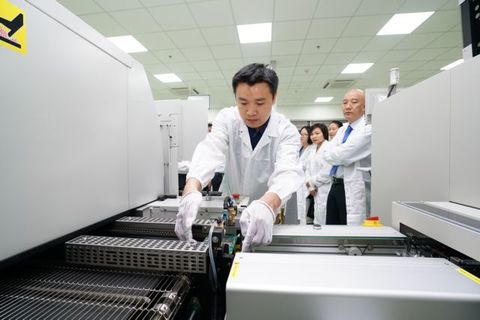 An engineer monitors a production line at a circuit board factory at Da Nang IT Park. The central city’s IZs and IPs have still lured investment in spite of the coronavirus outbreak. — Photo courtesy of Trung Nam Group

The US's Vector Fabrication Inc has been scouting locations in central Viet Nam for a Micro-Electro-Mechanical Systems (MEMS) factory with an estimated investment of US$60 million, according to the Head of the Da Nang Hi-tech Park and Industrial Zones Authority (Da Nang HPIZA), Pham Truong Son.

Son confirmed to Viet Nam News, that the city's People's Committee has asked the board for an introduction to the park for the US investor from California.

It's a positive recovery sign for foreign investment in the city during the coronavirus pandemic that has hit the city and many provinces in Viet Nam, Son said.

Despite the outbreak of COVID-19 in the city, potential foreign and domestic investors have been eyeing establishing manufacturing factories at the central city's industrial zones and hi-tech parks. In all, a total of US$145.3 million from 16 foreign direct investment projects and VND481 billion ($21 million) from 12 domestic projects flowed into the city in the first six months of this year, Son said.

Earlier, Da Nang HPIZA agreed to an investment proposal from Intex Development Company, a member of Intex Group from the US to build a factory for $12 million at Hoa Khanh Industrial Zone.

The logistics centre would provide a storage and commodities packaging system with a 300,000 tonne capacity each year.

According to the HPIZA managing board, a Da Nang joint-stock steel producer will build a steel factory with $42.5 million investment at Lien Chieu IZ. The steel producer said it would supply 500,000 tonnes of steel for construction each year. 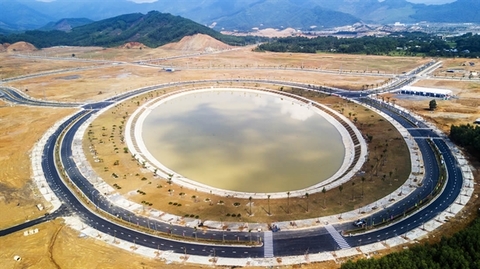 Da Nang IT Park is designed as a ‘Silicon Valley’ in Viet Nam. The city’s IT park and IZs drew a total of US$3 billion investment from domestic and foreign investors. Photo courtesy Trung Nam Group

Some key manufacturing companies at the city's hi-tech park and IZs have been implanting the 'three-on-site' policy for labourers to continue operations during the most recent COVID-19 outbreak.

Earlier this year, investment proposals were granted to Silicon Valley investors including Arevo Inc and United States Enterprises with a total investment of $245 million for developing a semiconductor and a 3D printer manufacturing project at the city's Hi-tech Park.

The city had been calling for investors from Silicon Valley and the US in healthcare, high-tech industries, artificial intelligence (AI), education, real estate, and automation.— VNS

Central city lures investment in mid COVID-19 hit have 697 words, post on bizhub.vn at July 24, 2021. This is cached page on VietNam Breaking News. If you want remove this page, please contact us.