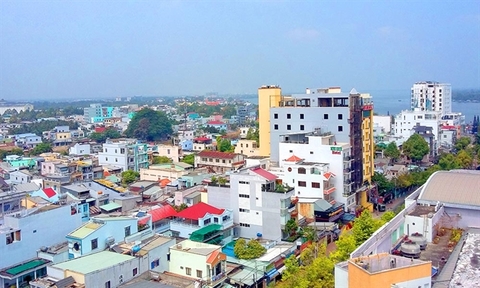 The Cuu Long (Mekong) Delta province of Vinh Long is soliciting investment in large projects that use modern and environment-friendly technologies and bring high added value.

It is calling for investment of over VND24.37 trillion (US$1.06 billion) in 10 projects in all three main sectors of the economy.

Le Minh Tan, director of its investment promotion and enterprise support centre, said the province is inviting investment in key projects, including the VND2.9 trillion ($126.1 million) Binh Tan Industrial Zone (IZ) in Tan Quoi Town with an area of 400ha.

In the agricultural sector, it is soliciting investment of around VND250 billion ($10.87 million) in a 50-100ha high-tech agricultural project in Vinh Long City.

It is also promoting an agricultural production and processing project in Binh Minh Town on an area of 10.6ha and costing VND400 billion ($17.4 million).

In the housing sector, the province is looking for investment of VND8.05 trillion ($350 million) in the 500ha My Hoa new urban project in Binh Minh and My Hoa communes and Binh Minh Town.

There is also an urban and administrative project worth VND7.5 trillion ($326.1 million).

The province is mobilising resources to promote tourism with the aim of turning it into a key economic sector by 2030.

Its tourist and tourism revenues are increasing by 11.6 per cent and 25.7 per cent a year on average.

The province has also begun to attract investment in supporting industries such as the production of automobile parts.

This conforms with its desire to foster industrial production.

To improve the quality and effectiveness of foreign investment, it is working to attract strategic investors from markets such as Japan, South Korea, Taiwan, Singapore, and the EU, Tan said.

South Korea now has 18 investment projects worth nearly $90 million in the province, while Japan and Taiwan have invested $102.5 million and $239.2 million respectively.

The province also targets major projects and those with high-added value and using advanced and environment-friendly technologies, especially in agri-industry, human resources training and agricultural-based tourism, he said.

Local authorities would create optimal conditions for investors to know about key projects and incentives, and help them resolve investment obstacles, he added.

They have been announcing support and incentives to encourage investment in tourism, building infrastructure, tweaking planning for tourist areas to attract more investments, and developing unique tourism products.

Vinh Long last year issued investment certificates for 26 projects with a total investment of VND4.35 trillion and over $104 million, including six foreign-invested ones. — VNS

Vinh Long seeks investment in major projects across the board have 451 words, post on bizhub.vn at June 21, 2021. This is cached page on VietNam Breaking News. If you want remove this page, please contact us.