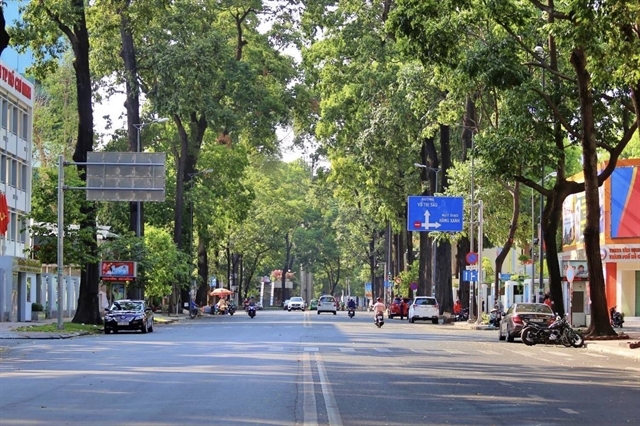 HÀ NỘI — A total of 300 local COVID-19 cases were reported on Sunday in nine localities, the Ministry of Health announced.

Among the new cases, 281 were detected in quarantined or locked-down areas.

On the same day, the ministry reported 11 imported cases which were quarantined upon arrival in Tây Ninh, Thái Bình, Kiên Giang and Bình Dương provinces.

There have been 9,943 cases since the fourth wave of infections hit the country on April 27.

On Sunday, HCM City decided to ban public gatherings of more than three people as part of its latest measures to prevent the spread of COVID-19, according to news.gov.vn.

People must keep a distance of at least 1.5 metres from each other in public places and only leave home for emergencies, to buy food or medicine, work in factories or other activities specified by the municipal Department of Health.

Public agencies and businesses, including foreign-invested enterprises, have to ensure social distancing by minimising direct contacts and switching to online working.

The local government said it would impose lockdowns on very high-risk and high-risk areas to control the pandemic.

It also plans to ramp up testing capacity to 500,000 samples per day, especially at processing, industrial and high-tech parks. VNS

Việt Nam records 300 local COVID-19 cases on Sunday have 550 words, post on vietnamnews.vn at June 20, 2021. This is cached page on VietNam Breaking News. If you want remove this page, please contact us.