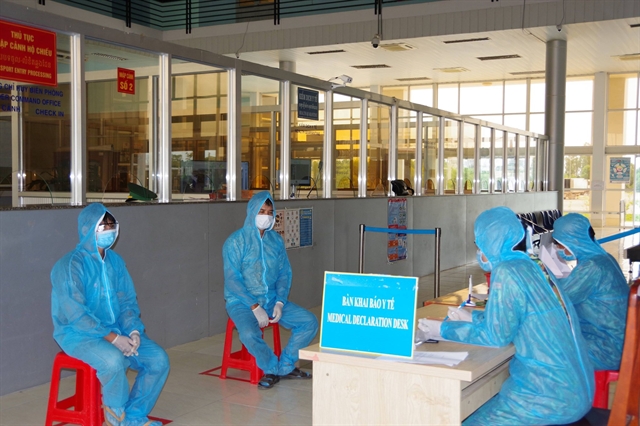 HÀ NỘI — Spokesperson for the foreign ministry Lê Thị Thu Hằng acknowledged that there "have been certain changes in Việt Nam’s immigration policies" in recent times due to COVID-19 developments.

She made the statement in response to media questions over reports of many foreigners leaving Việt Nam in what has been described by some as an 'exodus' due to a crackdown on illegal immigration.

The spokesperson did not point to a specific policy but in early May, well into the fourth wave of infections in Việt Nam, the Ministry of Labour, Invalids, and Social Affairs issued a dispatch telling local governments to tighten control over foreign labourers working in Việt Nam, including the measure of "deporting foreign workers without work permits or those failing to comply with entry and exit rules applicable to foreigners in Việt Nam".

Hằng added: "Việt Nam's consistent position – as reflected in the situation on the ground – is that the authorities have been providing optimal conditions to foreign labourers in Việt Nam and have always been striving to ensure the security and safety of foreigners residing, working and studying in our country." — VNS

Việt Nam ensures favourable conditions for foreigners in Việt Nam: spokesperson have 299 words, post on vietnamnews.vn at June 10, 2021. This is cached page on VietNam Breaking News. If you want remove this page, please contact us.