Russia looks towards boosting friendly relations with all countries on the basis of mutual respect and consideration of each other’s interests. 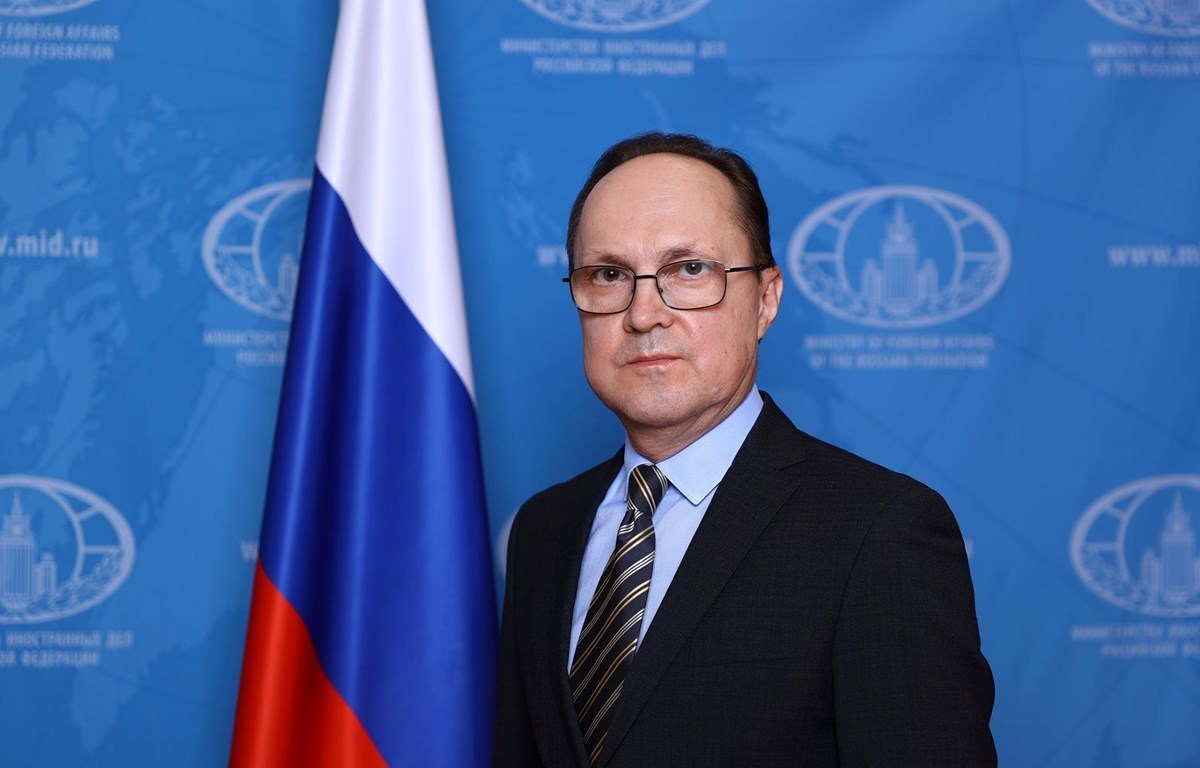 Russia always attaches importance to its relations with Vietnam which is one of its traditional and priority partners in the Asia-Pacific region, Russian Ambassador to Vietnam Gennady Bezdetko affirmed in his article "Bright prospects for the Russia – Vietnam cooperative relationship" on the occasion of 31st Russia Day (June 12).

Russia looks towards boosting friendly relations with all countries on the basis of mutual respect and consideration of each other’s interests. One of Russia’s traditional and preferred partners in the Asia-Pacific region is Vietnam, according to the ambassador.

He recalled the traditional friendship between the two sides since the Soviet Union's establishment of its diplomatic ties with Vietnam in 1950. The Soviet Union helped the heroic Vietnamese people during their years of struggle for independence and freedom as well as in the peace-building period.

A tradition of friendship and cooperation for mutual benefit has been built by previous generations through difficult years and is currently being promoted on the basis of bilateral relations. Twenty years ago, Russia and Vietnam signed a Joint Statement on a strategic partnership, and since 2012 the bilateral relationship has been upgraded to the comprehensive strategic partnership.

The diplomat stressed that the bilateral cooperative relationship is currently developing dynamically in a wide range of fields. Political dialogue is maintained regularly at all levels. Telephone talks have also taken place between Russian President Vladimir Putin, Deputy Chairman of the Security Council of the Russian Federation Medvedev Dmitry and General Secretary of the Communist Party of Vietnam Nguyen Phu Trong, and between Russian Foreign Minister Sergey Lavrov and his Vietnamese counterpart Bui Thanh Son.

Trade-economic cooperation has expanded continuously. Thanks to the active efforts of the parties in implementing the Free Trade Agreement between the Eurasian Economic Union and Vietnam, signed on May 29, 2015, trade revenue between the two countries has increased, with two-way trade in 2020 rising by 15 percent year-on-year to 5.7 billion USD.

The ambassador also said that Vietnam and Russia have also made efforts to promote cooperation against the COVID-19 pandemic. The two countries’ relevant ministries, sectors and agencies have exchanged experience in the diagnosis, treatment and prevention of this pandemic. Negotiations are also underway on the supply and construction of a Russian Sputnik V vaccine production facility in Vietnam.

Russia is very grateful to its Vietnamese friends for donating several batches of medical masks to Russia. For its part, Russia has transferred to Vietnam a batch of Sputnik V vaccine, medicines, testing systems and reagents for research, he added.

Russia highly appreciates the activities of the Joint Russian-Vietnamese Tropical Research and Technological Centre which is one of the most important scientific and technical cooperation projects of the two countries. On this basis, over the past 30 years, many unique studies have been conducted in the areas of environmental safety, biology and chemistry, as well as in epidemiology and medicine in tropical conditions.

Education and training remains a traditional area in bilateral cooperation. In the 2020-2021 school year, the Russian Government granted a quota of 965 for Vietnamese students who wish to study at leading Russian universities. In the next academic year, 1,000 Vietnamese students will be allowed to study in Russia. Despite the decrease in cultural exchange activities due to the pandemic, the two countries still organised a Russian film week in Hanoi and a Vietnamese film week in Moscow in 2020.

Within the framework of the recent visit to Vietnam by Secretary of the Security Council of Russian Federation Nikolai Patrushev, an inauguration ceremony of the monument of poet Alexander Pushkin was held in the capital city of Hanoi.

When life returns to normal after the pandemic, Russia and Vietnam could quickly restore the number of tourists moving between the two countries. Before the pandemic, Vietnam was one of the most popular destinations for Russian tourists. As many as 680,000 Russian citizens travelled to Vietnam for tourism in 2019. In addition, Vietnamese people’s interest in tourist attractions in Russia is also increasing.

One of the most important cooperation directions between the two countries is coordination in the international arena. The two countries have similar stances on many international and regional issues, advocating the formation of a just and multipolar world order based on the standards of international law, respect for sovereignty and the interests of all parties. Russia and Vietnam have cooperated effectively at the United Nations Security Council. Vietnam was elected as a non-permanent member of the United Nations Security Council for the 2020-2021 term. The Russian Federation attaches great importance to the development of the ASEAN-Russia Dialogue Partnership.

The multifaceted cooperation between Russia and Vietnam benefits both countries and is continuously growing in accordance with the agreements at the highest and high levels in a spirit of comprehensive strategic partnership. The foundation of this relationship is the solid tradition of friendship, solidarity and mutual understanding without dependence on temporary political situations. This allows the two countries to be optimistic and look to the future, the ambassador affirmed.

The two countries and peoples are facing important tasks to promote bilateral relations in both established fields as well as new areas, for the stable development and prosperity of Russia and Vietnam, and for peace and stability in the region and the world, he said.

Russia treasures relations with Vietnam: Ambassador have 1004 words, post on vietnamnet.vn at June 13, 2021. This is cached page on VietNam Breaking News. If you want remove this page, please contact us.