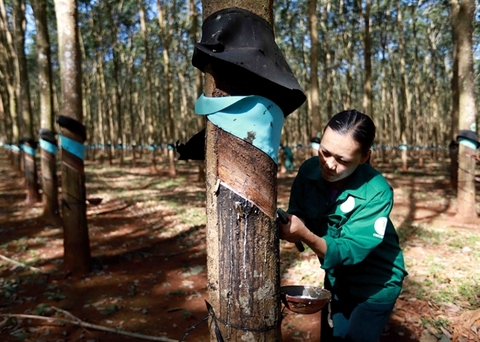 Shares inched down on Wednesday, weighed by strong selling pressure across most sectors despite gains in some large-cap stocks.

The market benchmark VN-Index on the Ho Chi Minh Stock Exchange (HoSE) declined by 0.22 per cent to 1,376.87 points. The market’s breath stayed negative with 298 stocks falling, while 94 stocks rose and 51 ended flat.

The market was weighed by selling forces despite rallies in large-cap stocks, especially bank stocks.

The VN30-Index, which tracks 30 biggest stocks in market capitalisation on HoSE, climbed slightly 0.02 per cent to 1,489.53 points. Twenty stocks of the VN30 basket plummeted, while only nine jumped and one stayed unchanged.

However, the losses were limited by gains in bank stocks. Of which, Vietcombank (VCB) was the biggest gainer in the market, up 1.95 per cent. Other stocks witnessing big increases were Vietinbank (CTG), VPBank (VPB) and Saigon Beer – Alcohol – Beverage Corporation (SAB), up more than 1.5 per cent.

The market has fluctuated since the beginning of the week with alternative up and down sessions.

Analysts from Saigon – Hanoi Securities JSC (SHS) said that based on Elliot Theory, there is still room for an upward trend with a resistance level of around 1,400 points.

Investors who took profits last week should refrain from opening long positions at the current price and wait until the market corrects deeper to come back, SHS added.

During the trading session, more than 126.2 million shares were traded on the northern bourse, worth nearly VND3 trillion.

Market falls on strong selling forces have 519 words, post on bizhub.vn at June 23, 2021. This is cached page on VietNam Breaking News. If you want remove this page, please contact us.