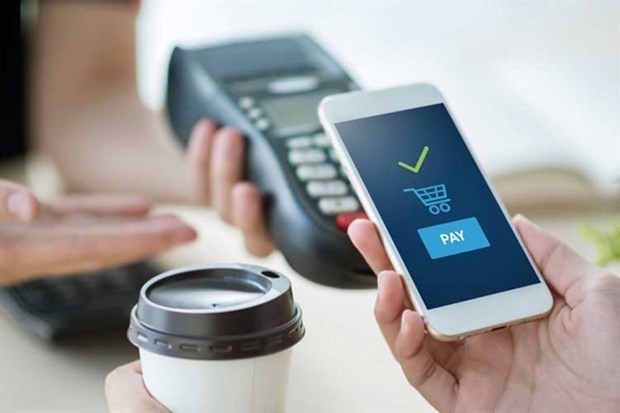 Illustrative image (Photo: Kaspersky)
A study by Visa found a surge in the use of mobile wallets and payment apps in the country in recent years, with over 85 percent of consumers having at least one of them and over 42 percent using mobile contactless payments.
Besides, 71 percent of consumers use e-wallets or payment apps at least once a week.
According to the Fintech and Digital Banking 2025 – Asia Pacific report by Backbase, mobile transactions are forecast to increase by 400 percent in Vietnam by 2025, thanks to the booming digital economy.
It said the above trend could be accelerated by the effects of the unexpected COVID-19 outbreak and the Government approved in March the pilot application of ‘mobile money’, which allows the use of mobile phone credit to pay for small-value goods and services.
According to statistics from the Department of Telecommunications, by the end of 2020 Vietnam had 132.5 million active mobile subscribers accounts [population less than 100 million]. So the mobile-money service is expected to quickly spread cashless payment across the country, even to rural, remote and isolated areas.
Together with cashless payment systems such as e-wallets, credit cards and banking services, Vietnam is able to head towards becoming a completely non-cash society in the near future.
Embracing cashless society securely
In recent times people have increasingly been receiving malicious messages from cybercriminals disguised as banks.
The message usually says suspicious transactions related to the customers' accounts were found and tells them to login into their accounts using a link provided in the message, failing which their accounts will be locked.
In this manner, many customers lost money.
Yeo Siang Tiong, general manager for Southeast Asia at Kaspersky, said: "The increase in our reliance on e-wallets and mobile banking apps invite greater interest from cybercriminals who are almost always after our money and our confidential data. As a result, we see an increase in sophisticated smishing and phishing attempts targeted at mobile banking users.
"We expect more of these incidents in the future, hence it is important to secure your devices and be aware of the risks online as we embrace a digital society."
Kaspersky blocked more than 673,000 phishing attempts aimed at small and medium sized businesses in 2020.
Phishing is a social engineering technique used by cybercriminals to steal information from user's PC, laptop or smartphone for stealing money or data.
"The Vietnam Government, alongside its drive for cashless society, has also been actively spreading awareness and conducting campaigns against threats lurking online," Vo Duong Tu Diem, Kaspersky's territory manager for Vietnam, said.
"We believe that with the right cybersecurity measures and correct cyber habits, Vietnamese can securely conduct financial transactions online."

Increasing cashless payments and the need for better cybersecurity have 570 words, post on sggpnews.org.vn at June 14, 2021. This is cached page on VietNam Breaking News. If you want remove this page, please contact us.