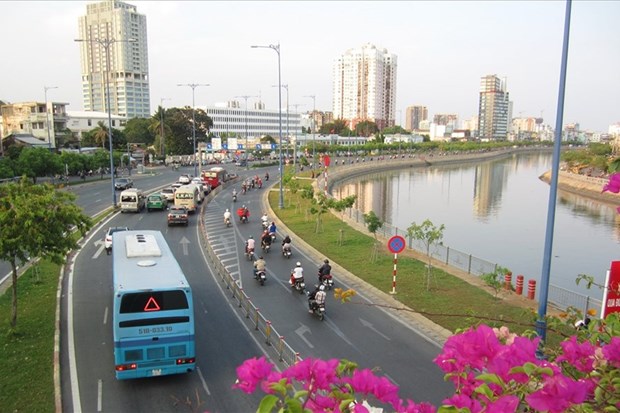 Two lanes close to the median on Vo Van Kiet Street will be arranged for BRT route No 1. (Photo: laodong.vn)

Hanoi (VNA) – Ho Chi Minh City will prioritise investment for metro lines that are being implemented and other new projects under the development plan for railway and green transport development (BRT) projects for 2021-2025 period.

Other project lines expected to be carried in this period include the first phase of metro line 5 connecting Bay Hien intersection with Saigon bridge which is 8.9 km long; and the first phase of metro line 3a  which connects Ben Thanh market with Western bus station with a length of 9.7 km long; BRT line No. 1 which has a total length of 23km; and a light rail route connecting Thu Thiem Urban Area with Long Thanh International Airport which is 11.8 km in length.

More than 85 percent of the metro line 1 project has been finished. It is expected to be completed and put into commercial operation in 2022.

Meanwhile, the site clearance is underway for the metro line 2 project and the work will be completed by the end of this year. 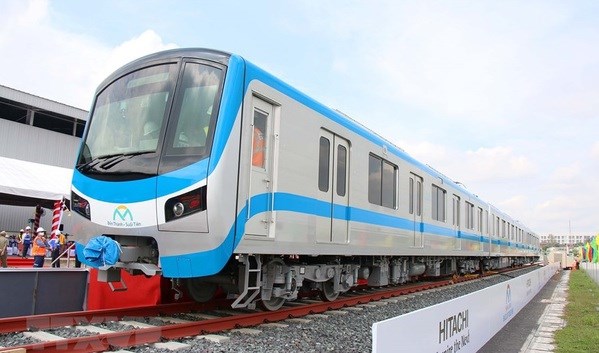 The first train of Metro Line No.1 arrived at Long Binh depot in October 2020 (Photo: VNA)

HCM City has assigned the City Urban Railway Management Board to coordinate with the Urban Railway No. 1 Co. Ltd and relevant units to devise a detailed implementation plan and propose resources to ensure the operation of metro line No. 1 soon. The construction of metro line 2 and preparation for the investment of other urban railway lines will also be sped up to meet the set plan.

To promote the effectiveness of metro line 1 and metro line 2 in the future, HCM City will construct a project connecting these two metro lines at Ben Thanh station area, with a total estimated investment of about 2 trillion VND (87.2 million USD), in this year. Specifically, a four-storey Ben Thanh underground station which is about 207m long and about 27m wide, and some works on the ground will be built.

The green transport development (BRT) Project is scheduled to be kick-started in the fourth quarter of 2021.

It has a total investment of over 121.2 million USD, lent from the World Bank's International Development Association (IDA), and nearly 423 billion VND (over 18.38 million USD) in reciprocal capital.

Earlier, the city set a target of developing 211 km of railway and BRT in 2021-2030 period. About 66 km of the railway will be developed and the BRT project in Ho Chi Minh City will be implemented in the near future./.

HCM City to prioritise investment for rail and BRT projects have 605 words, post on en.vietnamplus.vn at June 16, 2021. This is cached page on VietNam Breaking News. If you want remove this page, please contact us.