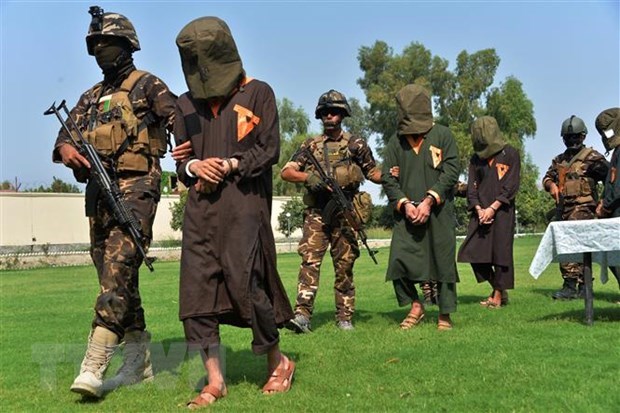 Hanoi (VNA) – The UN Security Council (UNSC) on May 10 convened a videoconference briefing on the activities of the UN Investigative Team to Promote Accountability for Crimes Committed Da'esh/Islamic State in Iraq and the Levant (UNITAD), with Vietnam voicing its support for the team's ongoing investigation into the IS crimes.

Regarding the Islamic State in Iraq and the Levant (ISIL/Da'esh)'s genocide against the Yazidi and war crimes against unarmed cadets and military personnel at Tikrit Air Academy, Special Adviser and Head of the UNITAD Karim Asad Ahmad Khan said "A landmark moment has been reached in our work, with initial case briefs completed in relation to two key investigative priorities". The case briefs identified more than 1,400 suspects.

This investigation is developing rapidly, with an initial case brief anticipated to be completed and available to national authorities within five months, he said.  By the end of 2021, the team also anticipates the completion of case briefs addressing crimes committed against Christian, Kaka'i, Shabak, Shia Turkmen and Sunni communities in Iraq, as well as the massacre of predominantly Shia inmates at Badush prison.

They appreciated the cooperation of the Iraqi central and local governments with the mission. Many statements pledged to continue to support UNITAD in its effective performance on the basis of relevant UNSC resolutions in accordance with international law and the law of Iraq. Some member countries suggested that UNITAD pay attention to ensuring the respect for the Iraqi sovereignty in investigating and punishing convicted individuals.

Echoing other participants' acknowledgment, Permanent Representative of Vietnam to the UN Dang Dinh Quy lauded the team's innovative approach and its results, adding that the application of advanced technologies and digital platforms has proved very efficient in evidence-collecting activities by allowing witnesses and survivors to submit information remotely.

The Ambassador suggested that UNITAD continue to focus on its strategic priorities in the coming time, strengthen cooperation with the Iraqi Government, regional and local authorities and religious leaders, and adopt all procedures and measures to protect victims and witnesses.

Vietnam urged the international community to increase support for UNITAD to carry out its mission in accordance with international law, relevant UNSC resolutions and the principles of the UN Charter, including respect for the Iraqi sovereignty, territorial integrity, independence and unity.

Established in September 2017 and becoming operational in mid-August 2018, UNITAD now groups about 130 experts, investigators, and security and support personnel./.

Vietnam backs UN’s investigation into IS crimes in Iraq have 565 words, post on en.vietnamplus.vn at May 11, 2021. This is cached page on VietNam Breaking News. If you want remove this page, please contact us.