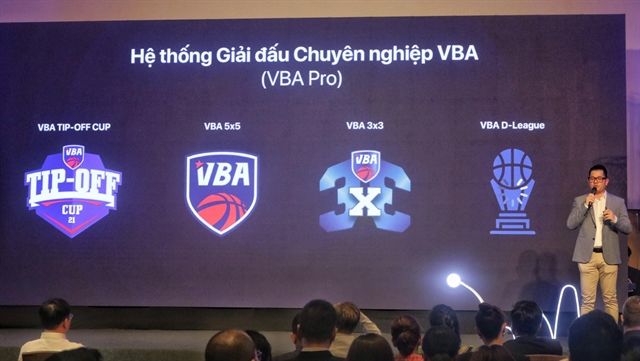 Due to a new wave of COVID 19 cases! the VBA Tip-off will be cancelled. VNS Photo Ngọc Diệp

HCM CITY — The VBA Tip-off will be cancelled due to the increase in the number of COVID-19 cases, according to the organiser.

The decision was made after an urgent meeting of the VBA executive board and the Vietnam Basketball Federation (VBF) following the direction of the City People’s Committee to control COVID-19.

Trần Chu Sa, VBA executive director, said that this was a difficult decision because this year was the first time that VBF and VBA had worked together and wanted to introduce the new tournament, VBA Tip-Off Cup, to the fans.

The VBA Tip-off Cup is a pre-season tournament that was to be held from May 16 to 23 in HCM City. The tournament was intended to replace friendly pre-season matches to help teams prepare for the tournament.

VBA hopes to bring the tournament back as soon as possible at the right time. However, the organiser expects to hold the 6th VBA season as scheduled, which is expected to tip off in early June.

For this season, with the participation of the National basketball team, fans will have a chance to see the National team compete with VBA's teams.

This season is a great chance for the National team to practice and improve their skills before the SEA Games 2021, which will be held later this year in Việt Nam.

VBA Tip-off cancelled due to COVID-19 have 394 words, post on vietnamnews.vn at May 7, 2021. This is cached page on VietNam Breaking News. If you want remove this page, please contact us.