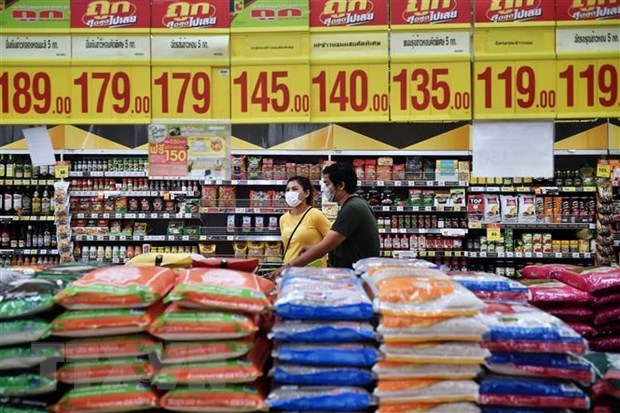 Bangkok (VNA) – Thailand's rice exports plunged by 23 percent year-on-year in the first quarter of 2021 to 1.13 million tonnes due to its higher prices than those of competitors.

According to Charoen Laothammatas , president of the Thai Rice Exporters Association, export value from January to March dropped to 21.8 billion THB (some 700 million USD), down 23.6 percent from the same period last year.

As reported by the local newspaper Bangkok Post , factors behind the high rice prices include the strong baht, higher freight costs and lower domestic supply caused by drought, which lasted for two consecutive years.

Thailand is the world’s third largest rice exporter after India and Pakistan.

Charoen said Thai rice exports were expected to rise to 400,000 tonnes in April, compared to India. He expected better rice export prospects in the third and fourth quarters and hoped to see more supply in the rainy season.

The country aims to export 6 million tonnes of rice this year./.

Thailand: Rice exports drop 23 percent in first quarter have 305 words, post on en.vietnamplus.vn at May 5, 2021. This is cached page on VietNam Breaking News. If you want remove this page, please contact us.