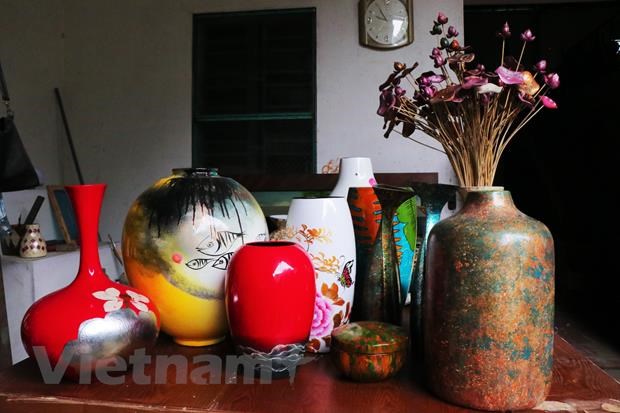 Hanoi (VNA) – The making of lacquerware in Ha Thai village of Duyen Thai commune, Hanoi's Thuong Tin suburban district, dates back more than 200 years and has been passed down from generation to generation. However, this traditional craft is confronting numerous challenges, including the risk of falling into oblivion.

Lacquerware making in Ha Thai boasts a centuries-long history full of ups and downs. At present, about 70 percent of the local lacquerware making households have been included in a plan to form a large-scale production zone to meet environmental production requirements and develop the craft.

It takes a large number of steps to create a sophisticated and beautiful lacquer item. All steps are closely linked with one another, a step missed can lead to an imperfect product in terms of both durability and aesthetics.

Thuy, a worker of the An Huy Trading Services and Production Joint Stock Company, said a lacquer product needs almost a couple of months with many different steps to be completed, and each step requires its maker's extreme patience and meticulousness. 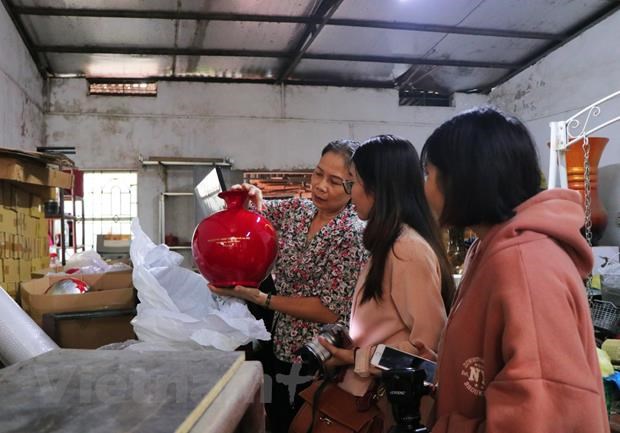 Nguyen Thi Hoi, Chairwoman of the Ha Thai Lacquerware Village Association, said lacquer products of Ha Thai are mainly sold in the domestic market, which generate 80 percent of the village's total income. The latest COVID-19 outbreak has substantially affected their traditional craft as there haven't been enough jobs for workers, some companies have even shut down.

Concern over shortages of young workhands

Amid rapid industrialisation and modernisation, Ha Thai village also has its own concerns.

Previously, about 80 percent of the local households produced lacquer items, and the craft was considered their main job and source of income. Now, the number of lacquerware makers has declined significantly. 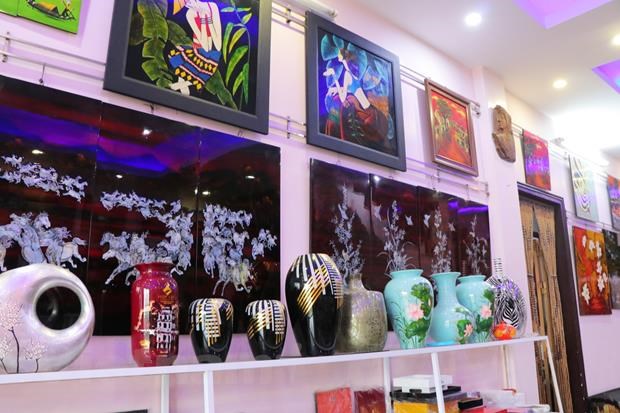 At present, more and more young people have abandoned the traditional craft. It is extremely hard to attract workers since many people have changed their jobs as local companies are unable to ensure a stable income for them, especially amid the COVID-19 pandemic, Hoi said.

She added to encourage the young to uphold the craft, the village is planning training courses to improve their knowledge and skills and to nurture their love for the making of lacquerware.

With 1,350 craft villages, including 308 traditional ones, Hanoi has seen a need to balance maintaining production and preserving traditional values, especially amid the pandemic.

Do Trong Doan, an artisan in Ha Thai, said the village is facing difficulties in production such as weak vocational training, low competitiveness and strong reliance on imported materials. It is also the case of other traditional craft villages as handicraft products are experiencing bad sales amid the coronavirus resurgence.

In face of such situation, the Hanoi Association of Handicraft Fine Arts and Craft Villages has assisted its members in joining programmes on product design consultation, vocational and corporate governance training, and learning about policies related to craft villages.

Hoang Quoc Chinh, Chairman of the Da Sy Blacksmithing Village Association in the city's Ha Dong district, said apart from natural landscapes, Da Sy village also boasts a system of historical relic sites. Tourists will have a chance not only to learn about the traditional craft, but also make their own products. Therefore, Ha Dong authorities have created favourable conditions for its production and business activities in order to preserve and bring into play the traditional craft during the 2020 – 2025 period.

In Hanoi, several traditional crafts have been recognised as national intangible cultural heritages. Each year, local authorities make dossiers to honour artisans for their dedication to building and preserving traditional crafts./.

Ha Thai lacquerware village facing shortage of young hands have 812 words, post on en.vietnamplus.vn at May 3, 2021. This is cached page on VietNam Breaking News. If you want remove this page, please contact us.