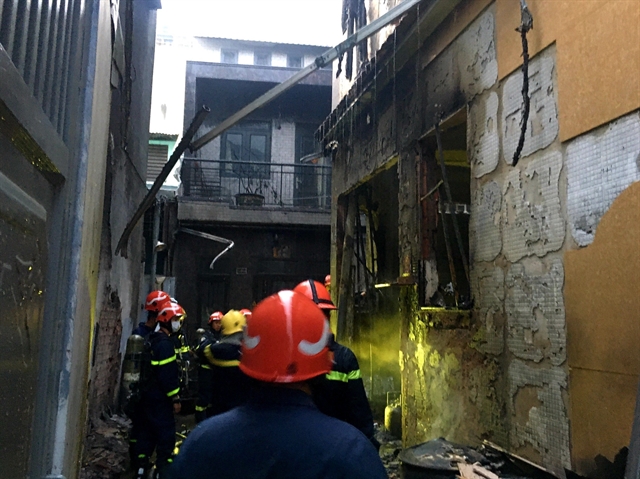 The blaze started in a two-storey house in a small alley on Lạc Long Quân Road, District 11, at about 5pm.

The building, reportedly both a candle shop and a private teaching centre, had only one main entrance, and its location in the alley made it difficult for firefighters to access and prevent the fire from spreading.

The eighth casualty has not yet been identified.

A witness in the neighbourhood said they saw people waving hands to ask for help but the fire was too intense to get inside.

The site has been sealed off to investigate the cause of the fire. — VNS

Five children among eight casualties in HCM City fire have 330 words, post on vietnamnews.vn at May 7, 2021. This is cached page on VietNam Breaking News. If you want remove this page, please contact us.